As part of the drill, personnel evaluated the use of small Unmanned Aerial Systems (UAS) and an Aerostat (tethered hot air balloon).

The focus for the evaluation was on the rapid acquisition of high resolution imagery and full motion video over shoreline areas and real-time or near real-time serving of this imagery to the incident command post.

The aim of this work is to assess how UAS and aerostats can be used to replace or augment existing visual observation methods that require people flying in planes and helicopters during an oil spill response.

In the future, UAS could support applications such as incident response, oil mapping and tracking, Shoreline Cleanup and Assessment Technique (SCAT), and Natural Resource Damage Assessment.

During the drill OR&R explored the potential role of UAS in oiled shoreline surveys, which may prompt future discussions with the local Area Committee.

In addition, OR&R examined the timing of data transfers from field equipment, such as UAS, through cell phone networks and specially deployed relay networks, as well as processing times for geo-referenced products to be incorporated into an incident's common operational picture, such as NOAA’s online mapping tool ERMA. 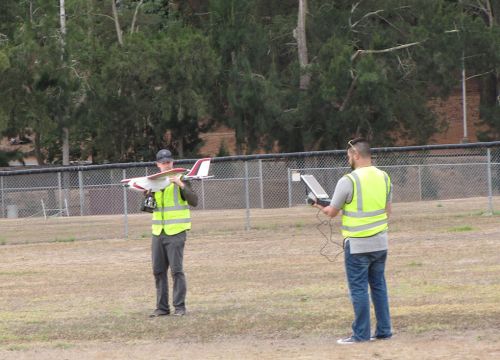 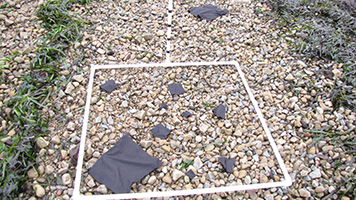 Shoreline targets set out to mimic oil pads for the UAS to detect. (NOAA)
Back to top