NOAA's Dr. Holly Bamford represented the Department of Commerce at a meeting of senior agency executives hosted by the U.S. Environmental Protection Agency at the Ronald Reagan Building and International Trade Center in Washington D.C.

A SONS is defined in the National Oil and Hazardous Substance Pollution Contingency Plan (NCP) as an oil spill that due to its severity, size, location, actual or potential impact on the public health and welfare or the environment, or the necessary response effort, is so complex that it requires extraordinary coordination of federal, state, local, and responsible party resources to contain and clean up the discharge. Either the Administrator of the EPA or the Commandant of the Coast Guard may declare a SONS in their respective response zones, bringing higher level national coordination mechanisms that are tested in the SONS exercise series.

This SONS Seminar brought together senior agency officials from 14 agencies to discuss policy-level issues and coordination mechanisms based upon a unit train derailment scenario with a catastrophic oil spill of both Bakken and diluted bitumen crude oils into the Columbia River between Washington and Oregon. This hypothetical derailment and spill occurred upstream of the Bonneville Dam following a landslide. It was led by EPA due to the inland location, and was the first inland SONS exercise since the actual SONS declaration in response to the Deepwater Horizon incident in 2010.

This Executive Seminar followed recent exercises of this same Columbia River Gorge scenario conducted at the Regional Response Team and the National Response Team levels to ensure preparedness across echelons of involved agencies. The three prior SONS executive seminars in 2012-2014 were Coast Guard led and focused on Arctic spill scenarios. 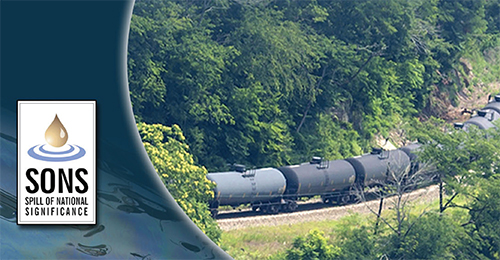 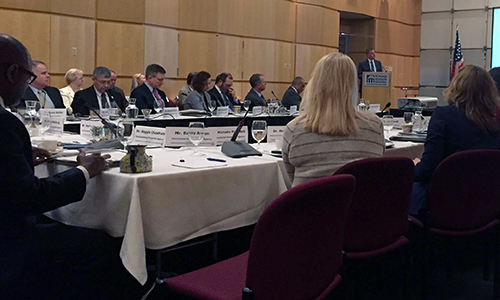