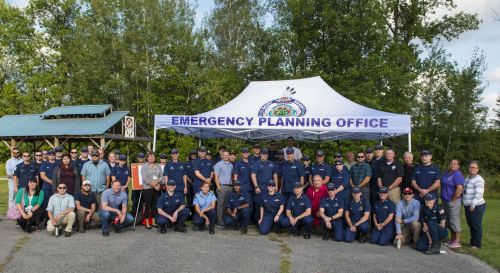 The two-day joint pollution exercise is the culmination of a multi-year oil spill preparation exercise for the Sector Buffalo Area Contingency Plan. The exercise was in coordination with other federal, state, local and tribal representatives in the Lake Ontario region.

The Akwesasne portion of the joint exercise took place on August 23, 2017 and included a tabletop exercise and discussion for an incident management command post, as well as a demobilization and decontamination drill. ORR ERD provided trajectories, weather, and overflight maps for the tabletop exercise. The exercise was held at the Hogansburg-Akwesasne Volunteer Fire Department's Station #1 located at 818 State Route 37.

Go back to the OR&R Weekly. 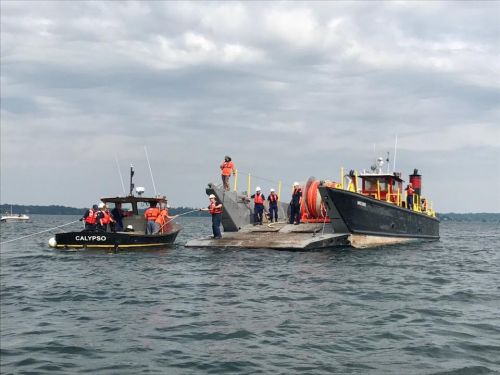 Response exercise in progress. Image credit: NOAA
Back to top