JULY 27, 2020 — Disasters often exceed the local, county, and even state capacity to effectively assess impacts and respond to life threatening situations. Aerial surveillance is a critical element to managing an effective response by identifying critical threats and other immediate issues. 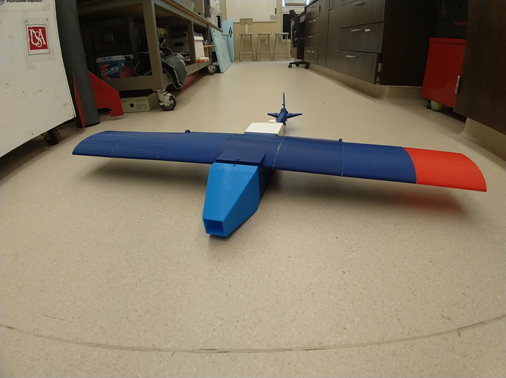 Within the first few days of a disaster, emergency response teams are focused on lifesaving missions. These missions include an assessment of secondary threats such as potential dam breakage, hazmat containers, and debris blocking access in waterways and roadways. Initial response efforts often focus on high density population areas using line of sight to spot lives that can be saved. Drone activity would be restricted in these highly populated areas early in a response due to the number of aircraft operating in that area. However, disasters such as hurricanes, typically cover large impact areas that also include remote low density areas. A recent example is when Hurricane Michael made landfall on Mexico Beach, Florida, as a Category 5 hurricane, but maintained Category 2 hurricane strength as it traveled well into rural areas of Georgia.

To help address this issue, the Disaster Preparedness Program has partnered with the University of South Alabama, to utilize a fixed wing unmanned aerial surveillance aircraft using semi-autonomous software. The aerial surveillance aircraft would be used in low density areas to identify at-risk individuals and imminent threats, as well as create actionable information to drive response planning and decision making. In addition, unmanned package delivery may be used to deliver food, water, or even communication devices to those in critical need in remote locations.

A prototype aircraft has been designed and is scheduled to be flight tested in three field campaign missions. The first objective of this program will be to perform a disaster drill on an Academy of Model Aeronautics sanctioned air field and simulate potential threats such as individuals at risk in flooded areas, sunken vessels, and debris. The second phase of this program will be to operate this technology during a functional exercise in the Gulfport-Biloxi area performed alongside the United States Coast Guard, United States Navy, and NOAA representatives. Finally, if a hurricane impacts the Gulf Coast during the 2020 Hurricane season, the team will be deployed to perform a live mission following the landfall of the hurricane.