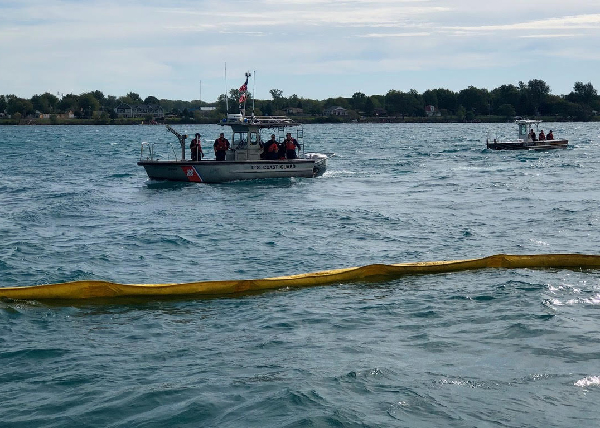 Canada and the United States have a Joint Marine Pollution Contingency Plan (JCP) whose main purpose is to provide a coordinated system for planning, preparedness and response to spills incident occurring in the coastal waters and great lakes regions between the two countries. One of the annexes to this plan, CANUSLAK, covers the Great Lakes.

The first day of the exercise involved the U.S. Coast Guard (USCG) testing booming strategies in the St. Clair River. The exercise involved deploying and recovering multiple 200 foot sections of boom into the river in strong currents. The exercise also incorporated a UAV (Unmanned Aerial Vehicle, or drone) that was able to live-stream video from the event to several remote locations.

The drill was designed to exercise the Canada and United States Lakes CANUSLAK Plan, part of the Joint Marine Pollution Contingency Plan established to ensure coordinated planning, preparedness, and response to a harmful substance incident in the contiguous waters of the two nations. This exercise presented an opportunity to test and discuss the Wildlife Contingency Plan and the role of the International Coordinating Officer. 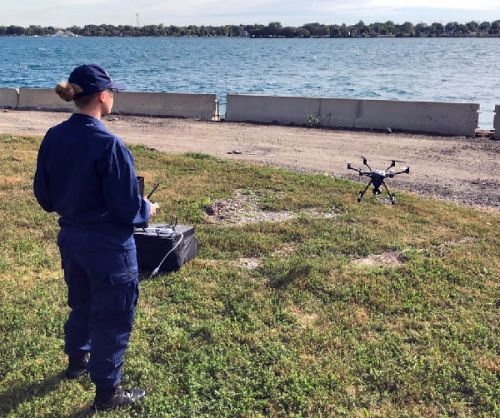