AUGUST 23, 2021 ─ On August 18, United States Coast Guard Sector Detroit executed a field operation to validate existing booming plans in the St. Clair River. This evolution is to meet objectives outlined in the Preparedness for Response Exercise Program (PREP) scenario in which a fictitious tanker vessel collides with hard bottom and releases 5,000 barrels of fuel oil into the St. Clair River. 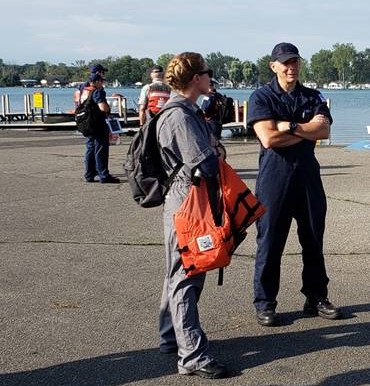 This exercise activated the Canada/United States Joint Marine Contingency Plan and the Canadian Coast Guard was also on the water deploying boom north of the St. Clair River split.

During a recent table top exercise, NOAA provided oil spill modeling to predict how an estimated 5,000 barrels of fuel oil would flow with the St. Clair River over a period of two days. Based on the trajectory, the USCG directed two contract response crews to deploy equipment at two sites where anchored boom would prevent pollution from entering into protected marsh land on Harsens Island. Booming configurations can be found in Sector Detroit’s Geographic Response Strategies (GRS’s). GRS’s are often revisited to ensure recommendations for where and how to deploy equipment remain effective. USCG, NOAA, and contracting crews were on scene to determine if booming strategies could be improved by assessing the likelihood of entrainment, anchor points for oil collection sites or deflection booms, and field equipment accessibility on Harsens Island.

Harsens Island is especially vulnerable to a catastrophic release due to the abundance of protected fresh water marsh lands providing resting and nesting habitat to a variety of migrating birds. The small island is only accessible by ferry and is largely residential along the rivers shorelines. Staging large trucks, skimmers, and disposal bins would be logistically complicated during an actual incident which is why this field exercise created a valuable opportunity for USCG to engage with the community of Harsens Island. 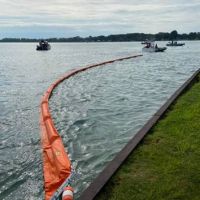 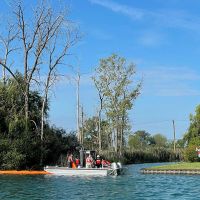 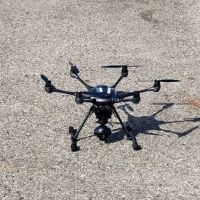 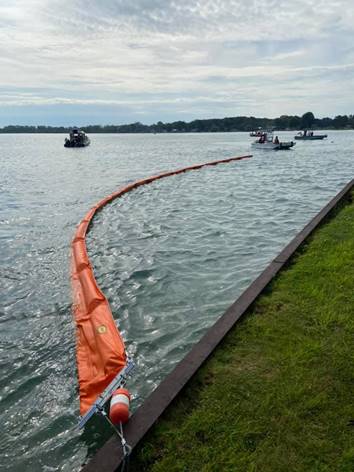 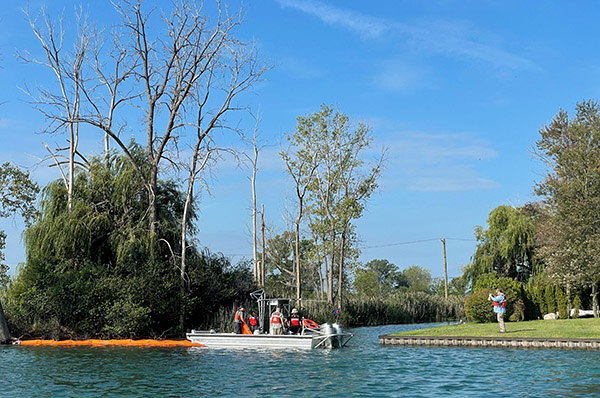 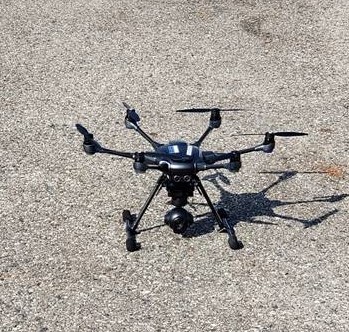