The week of July 21, 2014, a large wooden sign that was once part of the Japanese village of Tanohata went home, thanks to collaboration between the NOAA Marine Debris Program, the State of Hawaii, Hawaiian Airlines, and Japanese officials.

Hawaiian Airlines will fly the sign from Honolulu to Sendai Airport, where a delegation from Tanohata village will greet it.

The sign washed up on Kahuku Beach in Oahu, Hawaii last September and Japanese officials traced it back to the 2011 earthquake and tsunami. After learning that the sign’s broken lettering says “Shimanokoshi village housing,” NOAA and the Hawaii Department of Land and Natural Resources were able to work with the Japanese consulate in Hawaii to determine its origin.

According to Hawaii Governor Neil Abercrombie, “This small gesture, a result of cooperation between state and federal agencies, the government of Japan, and Hawaiian Airlines, symbolizes the concern the people of Hawaii continue to have for the victims of the 2011 tsunami. We hope, in some small measure, the return of this sign from the distant shores of Hawaii will help provide a sense of renewal and hope for the future for the people of Tanohata.” 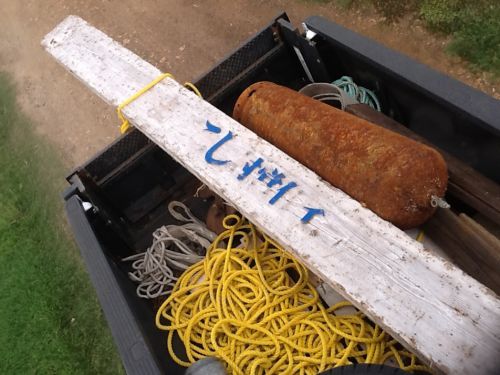