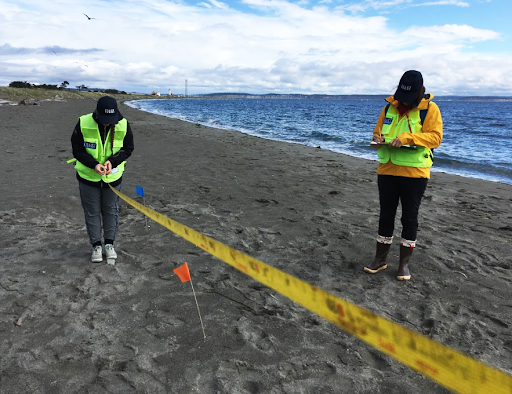 The study will identify the ways observer bias, such as the number of observers and their sampling behavior, can contribute to differing marine debris survey results. The study will also evaluate how the size, color, and placement of marine debris may influence detectability. Is debris reported more often if it is large and colorful, rather than small and clear, or white? Is it easier to see and report debris if it is on both sides of the observer, rather than on one side?

In this preliminary field trial, conducted near Port Townsend, Washington, COASST first removed all debris from a segment of the beach, and then randomly seeded the segment of beach with tagged debris items that could be identified later. Next, COASST staff asked the volunteers to walk the segment of beach and report all debris items they could see. Easier said than done! Blue water bottles and red plastic pieces were easy to spot, but small, clear, plastic wraps or plastic cup lids were harder to see, especially when they were further away from the observer.

COASST will use the results of this preliminary field trial to inform design of the full study.  Results of the full study are intended to inform potential modifications to both COASST and NOAA Marine Debris Program shoreline monitoring protocols, with the ultimate goal of facilitating a more robust and coordinated network of monitoring nationwide. 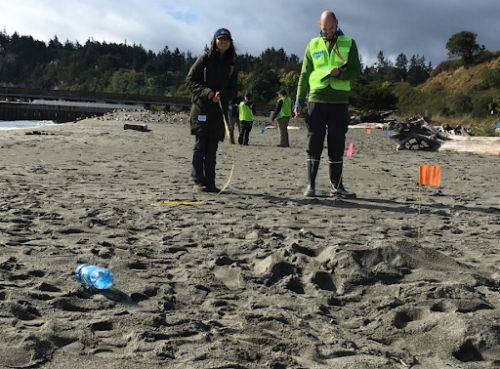 COASST staff with a study aid: a tagged plastic bottle planted by the team. This large item was easy to spot. Image credit: NOAA.
Back to top