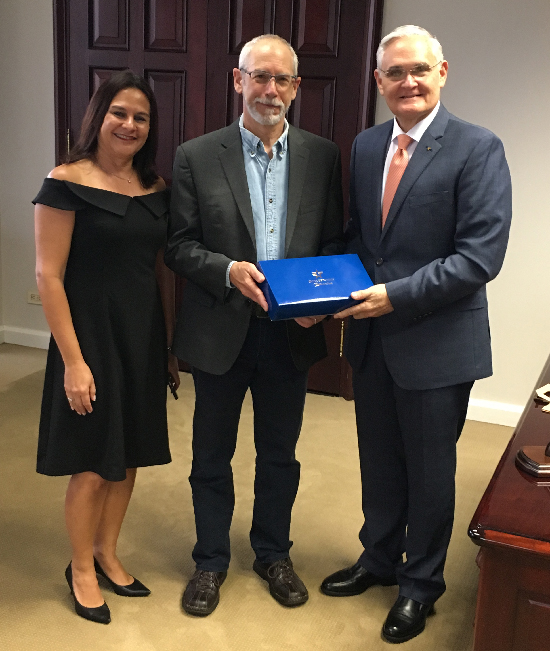 Working under a Memorandum of Understanding between the US and the ACP, the NRT supports an annual pollution response drill between the two parties. This year’s drill focused on response to a container ship collision with another ship, resulting in an oil spill and several containers overboard. The containers sank and three of the lost containers held hazardous substances. The focus of the exercise was for the ACP to identify the major issues with the incident and convey the details to the US NRT and seek any needed support.

Additionally, the NRT – ACP Subcommittee submitted a report to the Administrator entitled “Preparing for the Transport of Liquefied Natural Gas (LNG) Through the Panama Canal and Subsequent Economic Impacts.” This report, also submitted to the NRT, describes the efforts of the subcommittee to support the ACP in preparing to receive LNG ship traffic through the newly open expanded lock system.

For his 12 years of service to the NRT-ACP Subcommittee, Ed Levine was recognized by the ACP Administrator with a proclamation acknowledging his contributions to the preparedness and response accomplishments with the Panama Canal and through the Subcommittee.