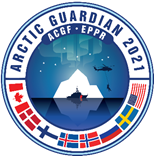 The scenario involved a tanker and an expedition cruise ship collision 25 miles off the northern coast of Iceland resulting in both vessels damaged and adrift.  EPPR is one of the six Working Groups of the Arctic Council. EPPR focuses on the prevention, preparedness and response to environmental emergencies, search and rescue, natural and manmade disasters and accidents in the Arctic. OR&R’s Doug Helton is part of the U.S. delegation to EPPR; the U.S. delegation is led by USCG.

Arctic Guardian 2021 was designed to be a live exercise with countries sending aircraft, vessels, response equipment, and personnel to Iceland, but the event was switched to an online format due to the global pandemic. This week’s exercise was preceded by a Request for Assistance Exercise (https://response.restoration.noaa.gov/emergency-preparedness-international-request-assistance-exercise-concludes-arctic) held in February 2021, where the U.S. and other Arctic nations practiced how they would manage offers of personnel and equipment.  NOAA worked with the US National Response Team to compile the U.S. response to Iceland’s request.  NOAA offered satellite surveillance by NOAA’s National Environmental Satellite, Data, and Information Service (NESDIS), and Scientific Support Coordinator (SSC), Environmental Unit Leader/Advisor, Shoreline Cleanup Assessment Technique (SCAT) Leader/Advisor/Team member, and Dispersant support/Advisor and Common Operating Picture (ERMA) support from OR&R.

This week, the exercise focused on how the Search and Rescue (SAR) and Marine Environmental Response (MER) would have played out and how the international assistance would have been accepted, used and integrated into Iceland’s Incident Command System.   The exercise raised a number of technical and administrative issues including casualty/passenger tracking issues, funding/reimbursement protocols, and logistical support for foreign teams (especially in remote areas w/ limited infrastructure).  During the exercise NOAA provided information on Arctic dispersant science and the potential use of ERMA and integration with the Icelandic system in support of response and search and rescue.

In addition to the Arctic nations (Members of the Arctic Council are Canada, the Kingdom of Denmark, Finland, Iceland, Norway, the Russian Federation, Sweden, and the United States), other participants included the Wilson Center Polar Institute, the Arctic Expedition Cruise Operators association, the International Tanker Owners Pollution Federation, and the Finnish and Icelandic Red Cross Associations.

Following the exercise, an evaluation team will develop an after-action report to document lessons learned and possible areas for improvement in regard to preparedness and response capabilities and processes across the Arctic States in relation to SAR and marine environmental response. 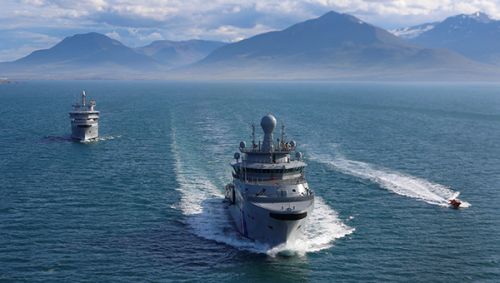