FEBRUARY 5, 2016--On December 26, 1976, the Liberian tanker Olympic Games ran aground in the Delaware River, causing the sixth major oil spill in a three year period. Despite the efforts of many people, thousands of animals died because little was known about helping oiled wildlife.

As a result, Tri-State Bird Rescue and Research was founded in 1977 to study the effects of oil on birds and to find a way to successfully treat wildlife. Since its founding, Tri-State has made great strides in the specialized fields of oiled wildlife responses and wildlife rehabilitation and has earned an international reputation, working together with industry, government agencies, colleagues, and a dedicated community of volunteers. Tri-State’s Oil Spill Response team is on call 24/7 to help oiled wildlife along the Delaware River, across the United States, and internationally.

On January 12, 2016, Frank Csulak, Scientific Support Coordinator for NOAA’s Office of Response and Restoration visited the Tri-State Bird facility and met with members of the Oil Spill Response Team, including Samantha Christie, Danene Birtell, and Michelle Neef. Tri-State’s Oil Spill Response Team includes experienced wildlife veterinarians, biologists, and oil spill response personnel with extensive response experience and rehabilitation skills. Tri-State is the premier wildlife organization east of the Mississippi River to establish and manage a wildlife response following an oil spill. Just about all of the NOAA Scientific Support Coordinators across the country have worked with Tri-State during an oil spill response or training exercise.

In 2014, Tri-State opened a new building that is beyond current state-of-the-art. At nearly 10,000 square feet, the Tri-State Bird Rescue and Research Inc.'s Wildlife Response Annex “will allow wildlife cleaning and treatment on an unprecedented scale”, says Samantha Christie, Oil Spill Response Coordinator. “It also has space to train responders, veterinarians and other rescue partners – and isolate sickened wildlife if necessary”. With the exception of sea mammals and sea turtles, the Annex is able to handle all kinds of birds and other wildlife from anywhere within a five-hour drive according to Ms. Christie. 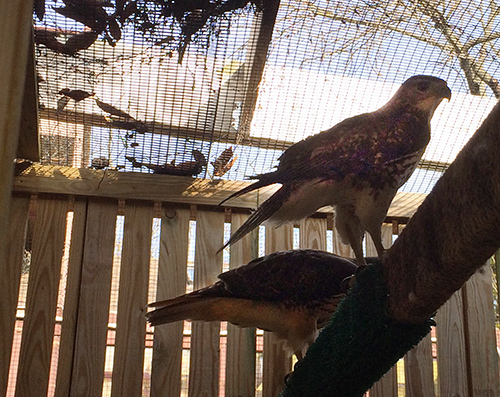 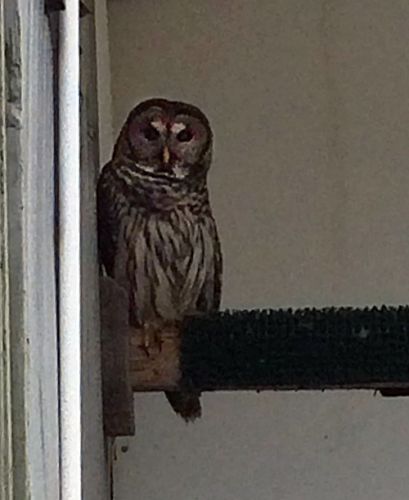 Great owl at the Tri-State Bird Rescue and Research facility. (NOAA)
Back to top