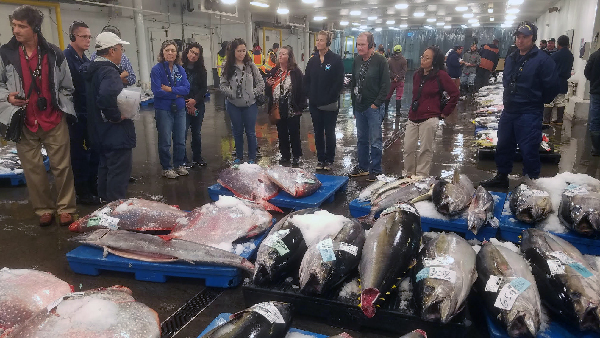 Started in 1952 by the United Fishing Agency and modeled after the famous Tokyo Fish Auction, the tuna auction is the only one of its kind in the U.S.  The auction provides a marketing service for independent fishermen and helps them with quality improvement to get the best price for their catch.  Mr. J. John Kaneko, Program Manager of the Hawaii Seafood Council, provided an early morning tour of the longliners offloading their catch and auction operations.

Unloading of fish at the market begins at 1:00 a.m. six days a week.  Fish are weighed, tagged with the vessel name, displayed on pallets, and kept clean and cold.  Before being offered for sale, each fish is carefully inspected by the United Fishing Agency to ensure fish quality and safety.  The auction bidding begins at 5:30 a.m.  The auctioneer moves down rows of pallets displaying hundreds of fish surrounded by buyers who openly bid against each other.  The majority of fish are sold individually and the auction continues until all the fish are sold.  Up to 100,000 pounds of fish can be auctioned in a day.  Some fish are sold locally; others are flown to the U.S mainland or exported to Japan, Canada and Europe.

Among the fish being auctioned the day of the NOAA tour were bigeye, yellowfin, skipjack and albacore tuna, Opah (or Moonfish), Ono (Wahoo), Mahimahi and others.  Caught primarily by longliners, this Hawaii fishery represents more than a 100 million dollar industry. This is one of the important natural and economic resources NOAA’s Emergency Response Division considers during oil and chemical spill responses and planning. 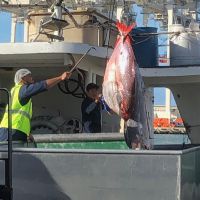 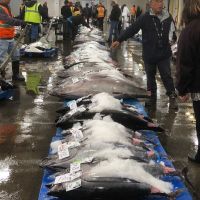 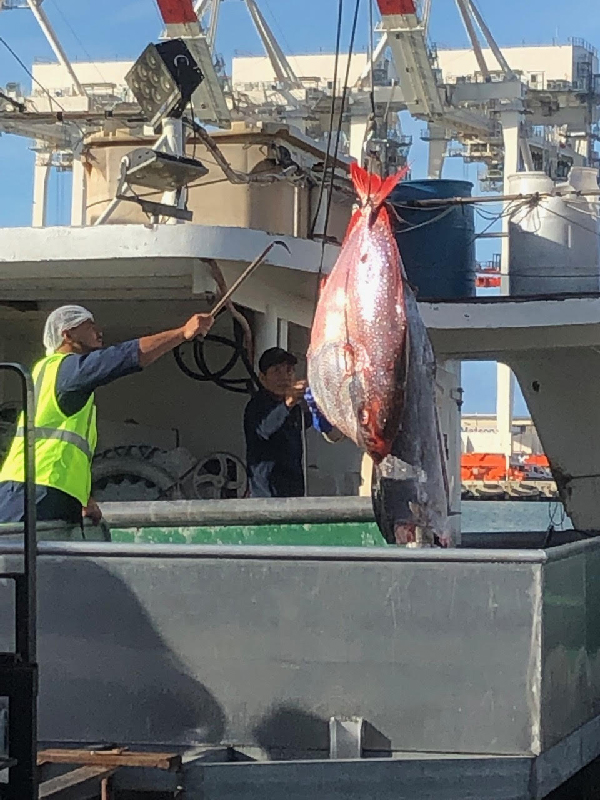 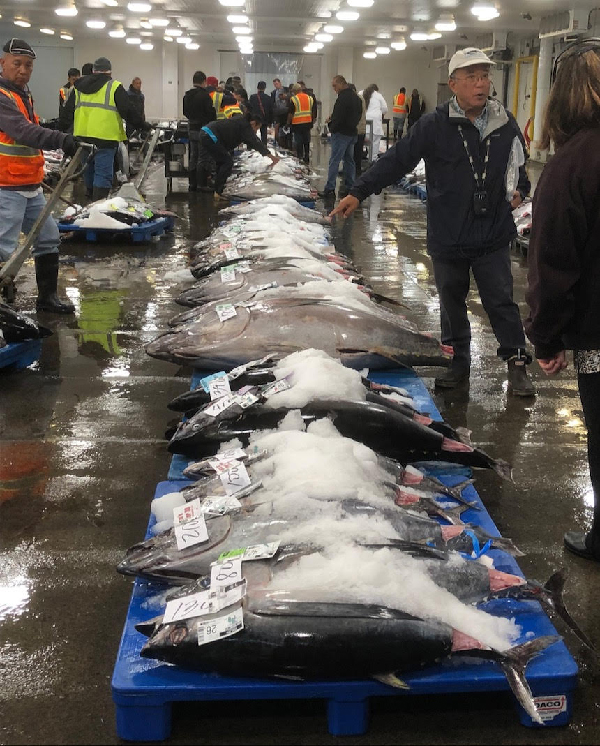