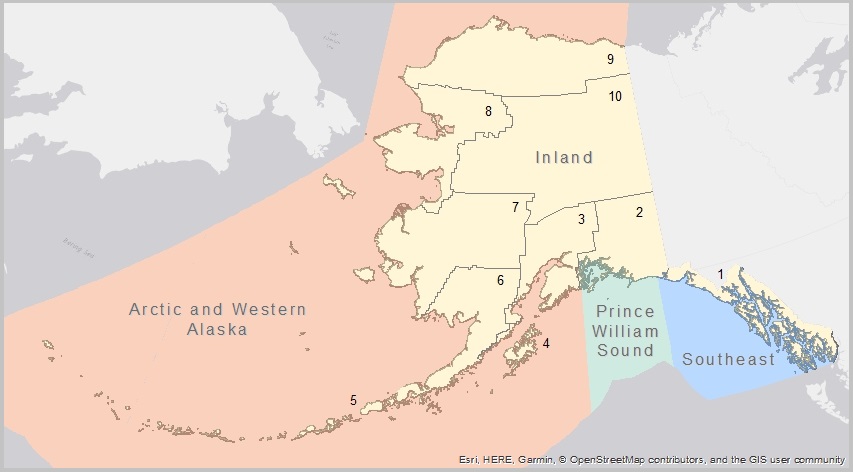 This Regional Contingency Plan provides statewide guidance for response to a discharge, or substantial threat of discharge of oil and/or a release of a hazardous substance from a vessel or on/offshore facility operating within Alaska’s boundaries and surrounding waters.

The new Area Contingency Plans combine several of the previous subareas and include all of the information previously housed in those subarea plans. The content in the government plans has been repackaged into the new plan structure, but there is no new or removed content as a result of this revision.

Operational and planning areas for individual operations may extend into more than one area plan. More information about this change, including a map of the new areas and the newly adopted regional and area contingency plans, is available at Oil and Hazardous Substance Response Plans.

Go back to the OR&R Weekly Report.