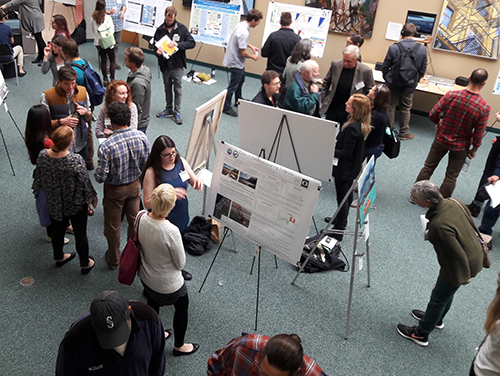 This annual conference, organized by Oregon Sea Grant, brings together scientists, students, artists, fishermen, and the general community to get updates on, and engage in current and future issues and opportunities facing Oregon’s marine environment.

Doug talked about the risk of spills and how response to an offshore spill would unfold. The other panelists discussed the on-going policy and advocacy work to protect the Oregon Coast, noting that the just two days prior to the conference,  Oregon Governor Kate Brown issued Executive Order 18-28 directing state agencies to protect Oregon’s coast from offshore oil and gas drilling. The Executive Order specifically made it the official policy of the state of Oregon to oppose oil drilling activities from shore to over 200 miles off the state, and to prevent the development of any new infrastructure that would serve offshore drilling operations.

The conference was held at Southwestern Oregon Community College. Doug also joined their student event Friday evening (Oct. 26) to participate in a science poster and art display that also included a career fair for the students.