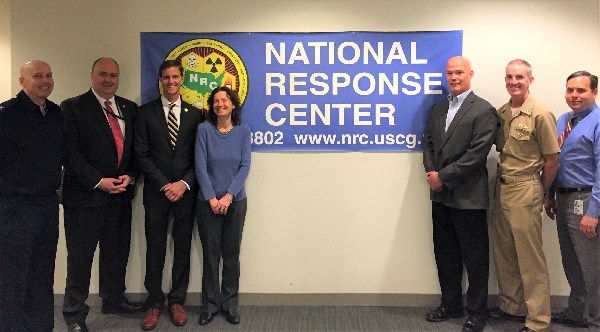 In addition to the NRC tour, the visit allowed for other discussion with Coast Guard Incident Management and Preparedness and Marine Environmental Response leaders.

The NRC is a part of the federally established National Response System for response to oil and hazardous substances, and is staffed 24 hours a day by the U.S. Coast Guard. It is the designated federal point of contact for reporting all oil, chemical, radiological, biological and etiological discharges into the environment, anywhere in the United States and its territories. The NRC also takes reports of railroad incidents and maritime suspicious activity and security breaches within the waters of the United States and its territories.