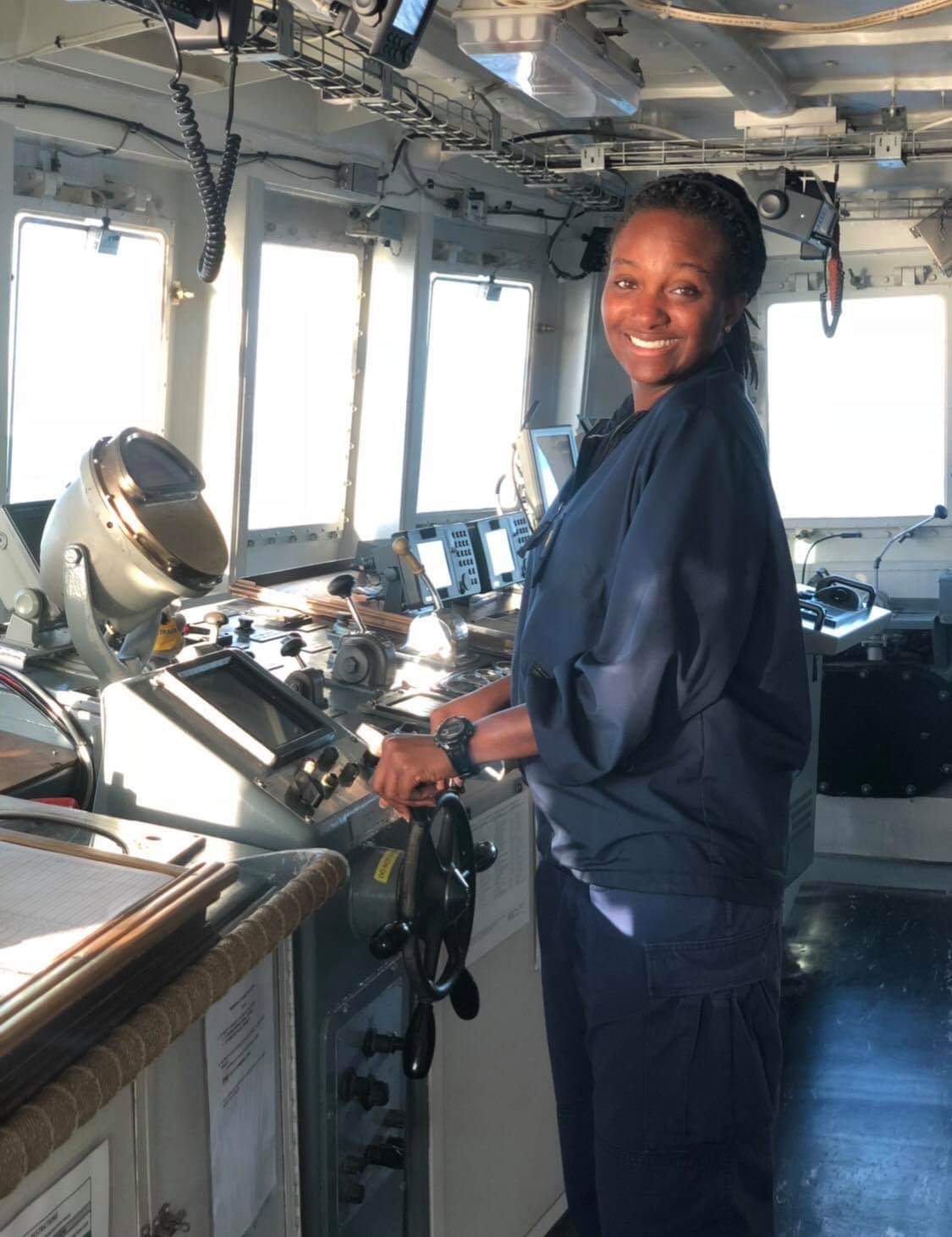 Lola joins us as the new Gulf of Mexico Regional Response Officer in New Orleans, where she’ll provide scientific support during oil and hazardous material releases.

Lola comes to OR&R with a wealth of academic and professional experience. She earned her B.S. in Environmental Studies at the Virginia Commonwealth University in Richmond Virginia; her M.S. in Environmental Science at Johns Hopkins University in Baltimore Maryland; and attended Officer Candidate School in the United States Coast Guard Academy in New London, Connecticut. Although her academic training has served her well, she picked up most of her skills in various positions in the field. Most recently, she sailed on NOAA Ship Gordon Gunter as a Junior and Deck Watch Officer. Prior to that, she served as an Environmental Compliance Officer and Medical Officer on Gordon Gunter, and with the Department of Interior's Bureau of Ocean Energy Management (BOEM) as an Environmental Protection Specialist intern and Cartographic Technician. Throughout all these positions Lola particularly enjoyed deploying scientific gears (CTD, MOCNESS, Bongos, acoustic arrays, and more), the spectacular sunrises and sunsets at sea, and watching marine mammals--especially whales--surface during the marine mammal cruises.

Lola loves learning and exploring, and considers herself a global citizen. She has lived in multiple countries including the US, the UK, and Nigeria, and has been on the move nonstop for two years and four months. Exploring and traveling are some of her favorite hobbies. She didn't have the time to explore the previous two cities she lived in, but hopes to have more time to explore New Orleans during her service with OR&R. Lola knows that learning and exploration never end for a NOAA Corps Officer--it’s part of what drew her to the job!

Welcome, Lola. We're excited to have you aboard.