Senate Committee Hearing on Pipeline Safety in the Great Lakes 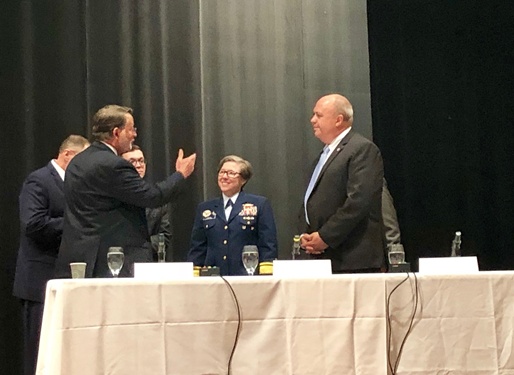 The hearing was held at the Dennos Museum Center at Northwestern Michigan College in Traverse City, Michigan.

The hearing was focused primarily on Enbridge Line 5 which is a 645-mile, 30-inch-diameter pipeline that originates in Superior, Wisconsin, and ends in Sarnia, Ontario, Canada. Where Line 5 travels under the Straits of Mackinac, the pipeline splits into two parallel 20-inch-diameter, lines that cross the Straits west of the Mackinac Bridge for a distance of 4.5 miles. This area is extremely ecologically sensitive and is identified in the Area Contingency Plan as one of the worst case scenarios for the region.

In April 2018, vessel activity in the Straits of Mackinac severed two American Transmission Company electrical cables west of the Line 5 pipelines and resulted in the release of 600 gallons of dielectric fluid. This same incident raised public concern about impacts to the Line 5 pipeline.