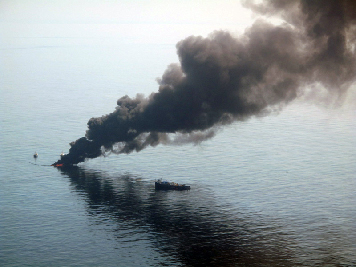 The goal of the workshop was to discuss the feasibility of in-situ burning as a response technique in the Great Lakes region, specifically the Straits of Mackinac.

At the conclusion of the meeting, it was agreed that in-situ burning is a viable response option for the scenario that was presented during the meeting. However, there were several follow-up items that needed to be addressed before RRT approval for ISB use for an actual spill.