Jan. 31, 2018 — The U.S. Department of Justice announced a $4 million settlement that will fund some of NOAA’s restoration of sites damaged by industrial pollution in Port Gardner Bay and the Snohomish River in Washington state.

The consent decree (pdf), filed last week, resolved claims that three companies were responsible for discharges of oil and other hazardous substances into the bay and river, damaging natural resources. The companies, Jeld-Wen, Inc., Kimberly Clark Corp. and Weyerhaeuser NR Company, were all a part of multiple industries operating in the Port Gardner assessment area, area since the early 1900s. The area includes the lower Snohomish River, Everett Waterfront, East Waterway, and a portion of Possession Sound near Everett.

Many sites in the area have contamination in soils, groundwater, and sediment due to spills, mishandling of chemicals, and improper chemical disposal. The cleanup started on those sites prior to the settlement, and some have already been completed.

The assessment of impacts from the hazardous substances and the restoration plan was approved by NOAA, the U.S. Fish and Wildlife Service, the Washington Department of Ecology, the Suquamish Tribe, and the Tulalip Tribes, all co-trustees in the case. 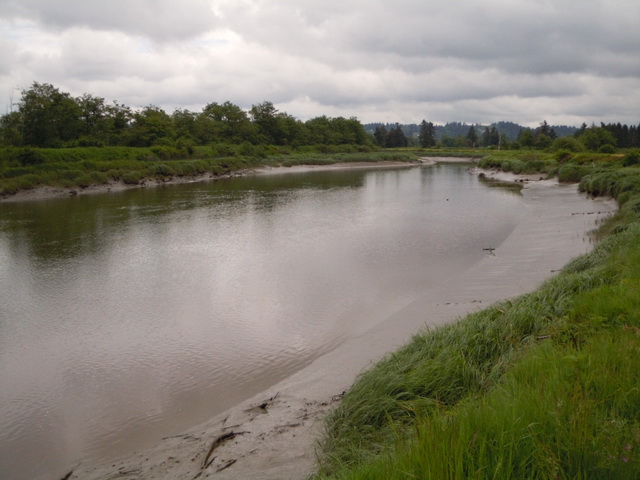 Union Slough is a branch of the Snohomish River which feeds into Port Gardner Bay. These sloughs are critical to the survival of many species of salmonids. 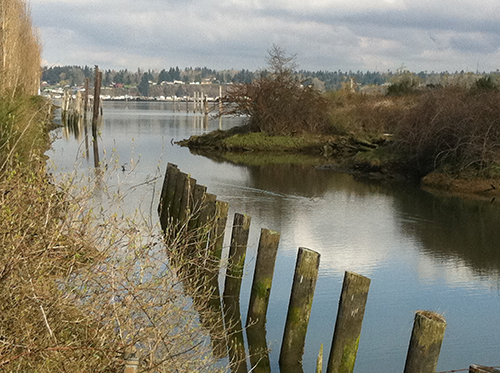 Image credit: NOAA
Back to top