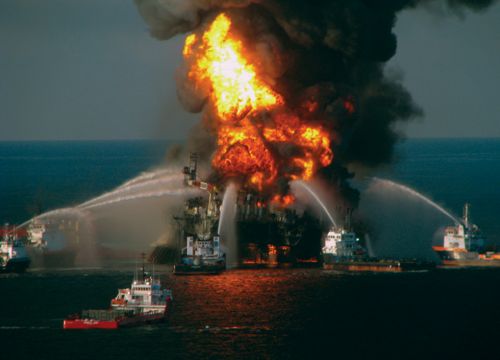 Total Value of Settlement Would Top $18.7 Billion, the Largest Settlement with a Single Entity in American History Read the statement from Attorney General Loretta E. Lynch.

JULY 6, 2015 — In order to satisfy United Kingdom and U.S. securities requirements, BP announced on July 2, 2015 that it has reached an agreement in principle with the United States and the five Gulf states to settle the civil claims against the company arising out of the Deepwater Horizon oil spill tragedy. Although the terms are not final or binding until a consent decree is negotiated, undergoes public comment, and secures court approval, BP has provided information on the financial terms of the agreement. BP has announced the value of the settlement to be approximately $18.7 billion. The principle financial terms of the agreement are as follows:

A final agreement will take the form of a proposed consent decree that will be submitted for public comment and then court approval. The process of getting from the current agreement in principle to a proposed consent decree likely will take several months. If approved, this will be the largest environmental settlement in the history of the United States, and the largest civil settlement with a single entity ever by the Department of Justice. By providing a steady stream of funds during the next 15 years for restoration of natural resources and enhancement of the economies and communities of the Gulf Region, the settlement will provide lasting and significant benefits to the people and environment of the Gulf States who were most directly impacted by this tragic event. This agreement is the result of vigorous litigation by Department of Justice, together with the support of many federal agencies: particularly the U.S. Coast Guard, the Environmental Protection Agency, the National Oceanic and Atmospheric Administration, the Department of the Interior, and the Department of Agriculture.