Assessing the Impacts from Deepwater Horizon

April 4, 2017 — The 2010 Deepwater Horizon disaster spread spilled oil deep into the ocean’s depths and along the shores of the Gulf of Mexico, compromising the complex ecosystem and local economies. The response and the natural resources damage assessment were the largest in the nation’s history.

Ecosystems are comprised of biological, physical, and chemical components, interconnected to form a community. What happens in one location has serious, cascading effects on organisms in other parts of the ecosystem. The Gulf’s coastal wetlands and estuaries support the entire Gulf ecosystem, providing food, shelter, and nursery grounds for a variety of animals. The open waters of the Gulf also provides habitat for fish, shrimp, shellfish, sea turtles, birds, and mammals. 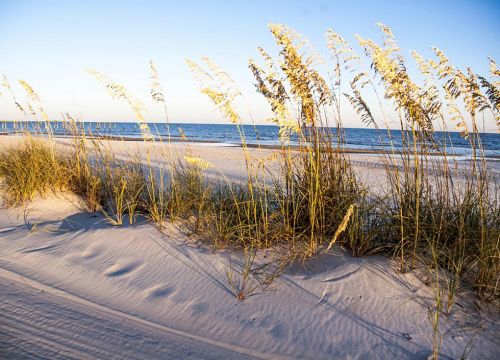 Evaluating impacts from the spill

Considering these interdependencies during the assessment process was important. At the same time, it was impossible to test or examine every injured bird, every sickened dolphin, or every area contaminated with oil. That was cost prohibitive and scientifically impossible. Instead, NOAA scientists evaluated representative samples of natural resources, habitats, ecological communities, ecosystem processes and linkages. To do that, scientists made 20,000 trips to the field, to obtain 100,000 environmental samples that yielded 15 million records. This data collection and subsequent series of scientific studies formed the basis for the natural resources damage assessment that led to the largest civil settlement in federal history.

A short summary of the natural resource injuries: Marshes Injured 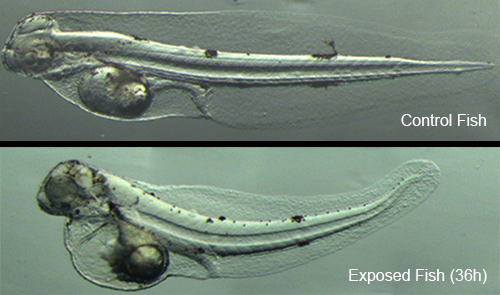 The top picture is a red drum control fish that was not exposed to oil, while the bottom red drum fish was exposed to Deepwater Horizon oil for 36 hours. The bottom fish developed excess fluid around the heart and other developmental deformities. This is an example of the many scientific studies conducted for the natural resources damage assessment. Image Credit: NOAA/Abt

Those studies not only documented the injuries, but also helped the entire scientific community understand the effects of oil spills on nature and our communities. All of the scientific studies, including over 70 peer-reviewed journal articles, as well as all the data collected for the studies, are available to the public and the scientific community. Additionally, our environmental response management software allows anyone to download the data from a scientific study, and then see that data on a map. We will be publishing new guidance documents regarding sea turtles and marine mammals by the end of 2017. These guides compile best practices and lessons learned and will expedite natural resources damage assessment procedures in the future. Read more about Deepwater Horizon and the work of NOAA and partners in responding to the spill, documenting the environmental damage, and holding BP accountable for restoring injured resources:

Tom Brosnan, Lisa DiPinto, and Kathleen Goggin of NOAA’s Office of Response and Restoration contributed to this article.