Celebrate Where Rivers Meet the Sea during National Estuaries Week

SEPTEMBER 26, 2013 — National Estuaries Day rolls in like the tide on the last Saturday of September each year. Established in 1988, this annual event inspires people to learn about and protect the unique environments formed where rivers and other freshwater flow into the ocean, creating bays, lagoons, sounds, or sloughs. This year, the 25th anniversary of National Estuaries Day will be celebrated around the country on September 28, 2013, but for the first time we are taking an entire week to celebrate, from September 23-29. Outdoor lovers can learn and have fun at each of the 28 National Estuarine Research Reserves throughout the country. Managed by the National Oceanic and Atmospheric Administration (NOAA) in partnership with coastal states and territories, these special reserves were set aside for long-term research and education activities in estuaries. However, they also offer abundant recreational opportunities, such as swimming, boating, fishing, wildlife viewing, and bird watching. In some reserves you can spot sea otters or manatees swimming with their young, or great blue herons and ospreys soaring in the skies above. 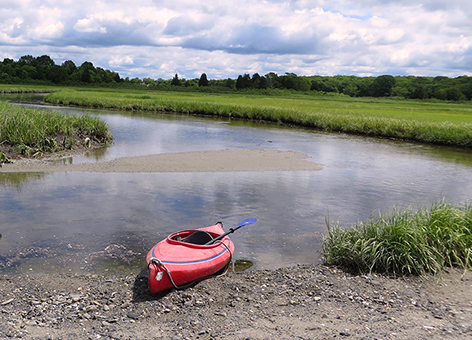 First, locate the estuarine research reserve nearest you. You'll find contact information and directions to all 28 reserves. There are numerous nation-wide activities in honor of National Estuaries Day and Week, such as:

Find even more events, including one near you, on this National Estuaries Week map of events.

How Estuaries Affect You

Estuaries are incredibly diverse and productive ecosystems. Learn more and then help spread the word about why estuaries matter. For example, estuaries: 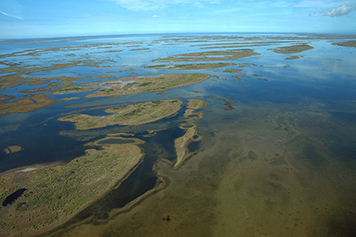 A total of 1.3 million acres of coastal wetland areas are managed and conserved through NOAA's National Estuarine Research Reserves. (NOAA)

How We Affect Estuaries

Estuaries need everyone's help and hard work to keep them clean and safe. There are many things you can do to help protect and conserve estuaries. Check out these 10 ways to protect estuaries and then explore even more ways to protect estuaries, from taking easy steps around your house to outings at the beach and onto your boat. An example of one important way to keep estuaries clean is to report oil spills or fuel leaks by calling the U.S. Coast Guard National Response Center at 1-800-424-8802. But sometimes oil spills can be much bigger than one person and have serious impacts for estuaries, commerce, and people. For example, in June of 1989, the Greek tanker World Prodigy hit ground in Rhode Island's Narragansett Bay, releasing approximately 290,000 gallons of home heating oil into New England's largest estuary. Not only did the oil affect vast numbers of lobsters, crabs, fish, and shellfish at various stages of life, but the spill also closed beaches and the bay to commercial and recreational clammers.

Through a legal settlement for the World Prodigy grounding's environmental damages, NOAA secured $567,299 to restore these natural resources. NOAA's Office of Response and Restoration, through the Damage Assessment, Remediation, and Restoration Program, partnered with the Narragansett Bay National Estuarine Research Reserve on one of the resulting restoration projects. In 1996 and 1997, the NOAA team and its partners transplanted eelgrass beds in Narragansett Bay to restore habitat for the species affected by the spill. More than 7,000 eelgrass plants were transplanted in 10 locations within Narragansett Bay. Dubbed "meadows of the sea," eelgrass beds provide shelter, spawning grounds, and food for fish, clams, crabs, and other animals while helping keep coastal waters clean and clear.

Don't Forget to Get Involved

Help celebrate National Estuaries Week this September! Get involved with estuaries by visiting the reserve nearest you. Check out the events scheduled at the reserves or at other estuary locations around the country. Volunteer or become a friend of the National Estuarine Research Reserves and participate in the many educational programs offered.