Clean up spilled oil at all costs? Not always

Feb. 16, 2017 - The images of an oil spill—brown water, blackened beaches, wildlife slicked and sticky—can create such an emotional response that it leads to the myth that oil is so hazardous it’s worth any and all environmental trade-offs to get it cleaned up. The outcry to rid oil from the rocky shoreline of Prince William Sound, Alaska, after the 1989 Exxon Valdez spill led to the use of high-pressure, hot-water washing. While the technique is successful at removing stranded oil, we now know it can damage plants and animals in the treated area directly and indirectly, short-term and long-term. Activities to clean up oiled coastal salt marshes after the 2010 Deepwater Horizon spill, like flushing with water or raking to remove oil, delayed marsh recovery and exacerbated the loss of oysters, though it was not always possible to separate effects of oiling from effects of response actions. Lessons learned from decades of responding to oil spills have shown that a haste to clean up a spill may cause additional damage. Part of the job of National Oceanic and Atmospheric Administration emergency responders is to step back and objectively evaluate the situation. The perception of potential environmental harm that a spill may cause may be worse than reality, making it critical for responders to communicate a science-based analysis of a spill’s possible harm with affected parties and organizations, according to Jerry Galt, physical oceanographer and pioneer in oil and chemical spill response and modeling. Gathering accurate information on what natural resources are in the spill area and forecasting where the oil is likely to go, based on currents and weather conditions, will give a realistic picture of the situation, Galt said. In an effort to improve spill response methods, NOAA Office of Response and Restoration is continually improving the accuracy of its trajectory models and other response tools. In addition, hundreds of emergency responders attend Science of Oil Spills and Science of Chemical Releases classes to learn the latest in spill response planning and analysis. Spills are always a serious matter, but the coordinated efforts of multiple federal, state and local responders work to minimize the injury during the event, and then work to mitigate the effects after the spill. While images from news footage can paint a picture of huge and permanent devastation, the reality on the ground can be less dire. Read more articles on myths and misconceptions in spill response: Rescuing Oiled Birds, Leave it to the Experts Debunking the Myths about Garbage Patches Restoration: The Other Part of Spill Response 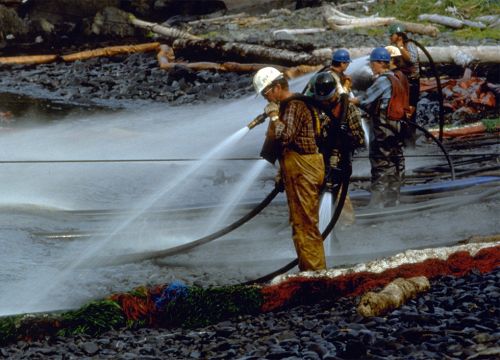