Getting Ready for Offshore Oil Drilling in Cuba and the Bahamas 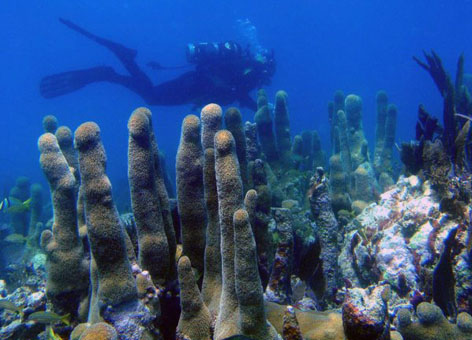 APRIL 27, 2012 -- For the past year, NOAA and the U.S. Coast Guard have been studying the possible threats that new offshore oil drilling activity near the Florida Straits and the Bahamas pose to Florida. For example, the proximity of Cuba's oil fields to U.S. waters has raised a lot of concerns about what would happen if a spill like the 2010 Deepwater Horizon/BP oil well blowout happened. If a large oil spill did occur in the waters northwest of Cuba, currents in the Florida Straits could carry the oil to U.S. waters and coastal areas in Florida. However, a number of factors, like winds or currents, would determine where any oil slicks might go. NOAA's National Ocean Service has more information about how we're preparing for worst-case scenarios there:

The study focuses on modeling the movement of oil in water to predict where, when, and how oil might reach U.S. shores given a spill in this region of the ocean. Models help to determine the threat to our coasts from a potential spill by accounting for many different variables, such as the weathering processes of evaporation, dispersion, photo-oxidation, and biodegradation—all of which reduce the amount of oil in the water over time. Currents and winds also play a role in determining where oil will move in water. For example, there are three major currents that would dominate movement of spilled oil near the Florida Straits: Loop Current, Florida Current, and the Gulf Stream.

If oil did reach U.S. waters, marine and coastal resources in southern Florida could be at risk, including coral reefs and the Florida Keys National Marine Sanctuary, located north of the Cuban drilling sites. We'll be watching the drilling activity there very carefully. If a spill does happen, NOAA will be ready to share our scientific expertise on oil spill response with the U.S. Coast Guard. 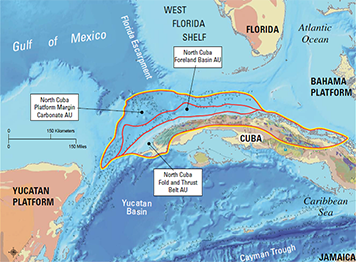