FEBRUARY 24, 2014 -- In June of 2013, we heard from the NOAA Marine Debris Program's Peter Murphy as he accompanied other scientists, artists, and educators on the Gyre Expedition, a 500-mile-long collaborative research cruise around the Gulf of Alaska. Along the way, Murphy and the scientists would stop periodically to survey and collect marine debris that had washed on shore. Meanwhile, the artists with them were observing the same trash through a creative lens. They were taking photos and collecting bits of it to incorporate into the pieces now on exhibit in Gyre: The Plastic Ocean at the Anchorage Museum. This hands-on exhibit opened February 7 and will be available at the Anchorage Museum through September 6, 2014. The Gyre project aims to bring perspective to the global marine debris problem through art and science. NOAA Marine Debris Program Director Nancy Wallace kicked-off the exhibit's opening weekend symposium by introducing the topic of marine debris—its origins, composition, and impacts. The symposium, coordinated by Murphy, provided a chance for attendees to participate with scientists, removal experts, and artists in an interactive session exploring the issue of marine debris. They were able to discuss marine debris' origin and impacts, as well as the cleanup and communication efforts, and how science and art can help us in understanding, capturing, and communicating the issue. Learn more about our involvement with the Gyre project and if you can't make it to Anchorage, take a look at some of the incredible art installations created from marine debris now on exhibit. 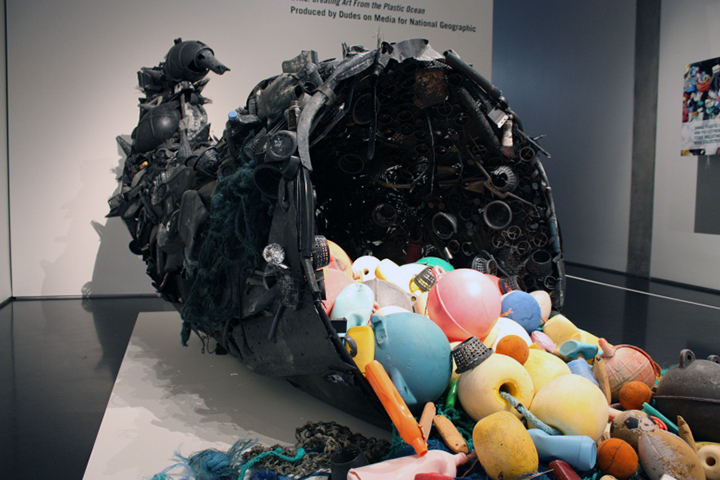 "Bounty Pilfered" by artist Pam Longobardi is a cornucopia made of marine debris and filled with debris from the 2013 Gyre scientific expedition and various other locations. (NOAA) 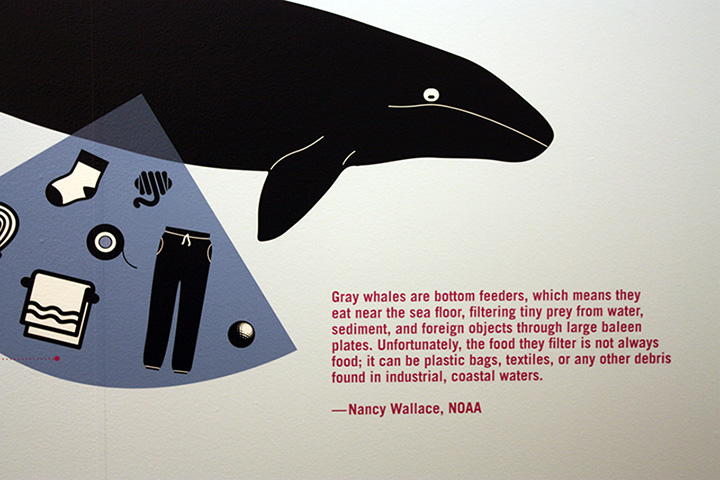 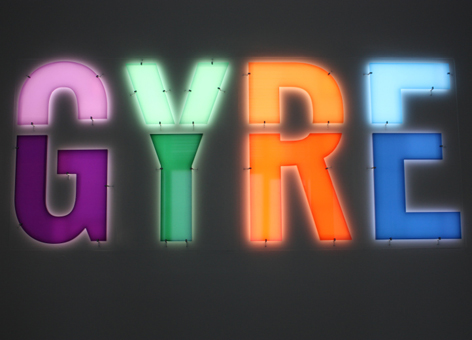 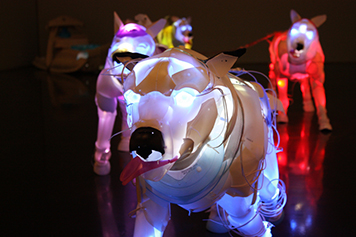 A pack of dogs leading a sled made entirely from recycled materials gathered from the Los Angeles area by artist Cynthia Minet. The dogs are made principally from laundry detergent bottles and other plastics found in dumpsters, and the sled was made from a rowboat that was put out on the curb for pick up on trash day. (NOAA) Correction: This post originally stated that this exhibit was made from marine debris.
Back to top