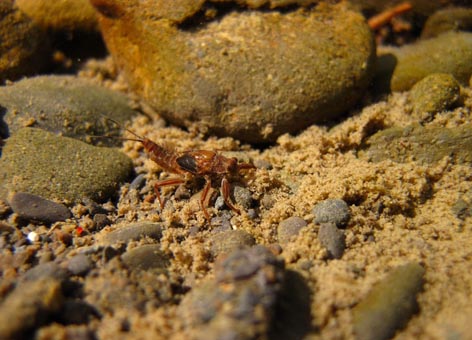 A mayfly, pictured above, is an important component in the diet of salmon and other fish. (NOAA)

When we think of natural resources harmed by pesticides, toxic chemicals, and oil spills, most of us probably envision soaring birds or adorable river otters. Some of us may consider creatures below the water's surface, like the salmon and other fish that the more charismatic animals eat, and that we like to eat ourselves. But it's rare that we spend much time imagining what contamination means for the smaller organisms that we don't see, or can't see without a microscope.

In polluted rivers, such as the lower Willamette River in Portland, Oregon, these creatures serve as food web pathways for legacy contaminants like PCBs and DDT. Because benthic macroinvertebrates live and feed in close contact with contaminated muck, they are prone to accumulation of contaminants in their bodies. They are, in turn, eaten by predators and it is in this way that contaminants move "up" through the food web to larger, more easily recognizable animals such as sturgeon, mink, and bald eagles. 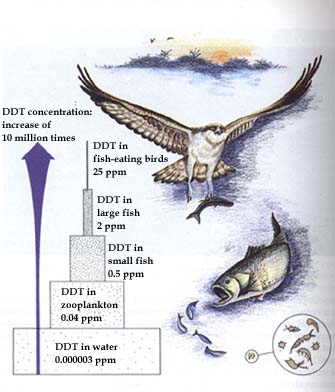 How the pesticide DDT is magnified as it moves up the food chain. (U.S. Fish and Wildlife Service)

The image above depicts some of the pathways that contaminants follow as they move up through the food web in Oregon’s Portland Harbor. Benthic macroinvertebrates are at the bottom of the food web. They are eaten by larger animals, like salmon, sturgeon, and bass. Those fish are then eaten by birds (like osprey and eagle), mammals (like mink), and people.

According to a graphic developed by the U.S. Fish and Wildlife Service, DDT concentrations biomagnify 10 million times as they move up the food chain. Benthic macroinvertebrates can be used by people to assess water quality. Certain types of benthic macroinvertebrates cannot tolerate pollution, whereas others are extremely tolerant of it. For example, if you were to turn over a few stones in a Northwest streambed and find caddisfly nymphs (pictured below encased in tiny pebbles), you would have an indication of good water quality. Caddisflies are very sensitive to poor water quality conditions.

Surveys in Portland Harbor have shown that we have a pretty simple and uniform benthic macroinvertebrate population in the area. As you might expect, it is mostly made up of pollution-tolerant species. NOAA Restoration Center staff are leading restoration planning efforts at Portland Harbor and it is our hope that once cleanup and restoration projects are completed, we will see a more diverse assemblage of benthic macroinvertebrates in the Lower Willamette River. 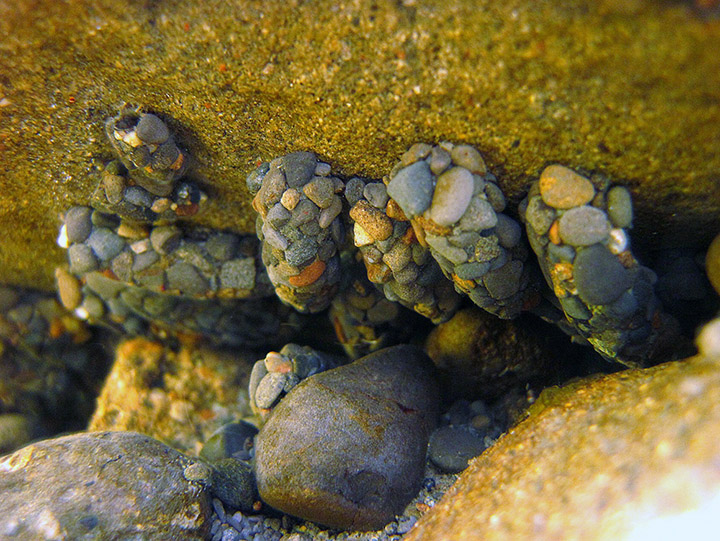