MAY 26, 2015 -- Experts estimate that thousands of corals were broken, dislodged, buried, or destroyed when the 49-foot-long catamaran M/V Aubi ran aground along the north coast of Puerto Rico the night of May 14, 2015. Traveling from the Dominican Republic to San Juan, Puerto Rico, the recreational boat became grounded on a coral reef, causing significant damage to the reef. As the vessel was being moved, the vessel’s two hulls slowly ground further into the reef, forming mounds of coral and leaving rubble on the ocean bottom. The area of the vessel's direct impact is 366 square meters (not quite 4,000 square feet), while partial impact covers more than 1,000 square meters (roughly 10,764 square feet). On the night of the grounding, responders were immediately concerned about preventing a spill of the fuel on board the Aubi. The fuel had to be removed from the fuel tanks in the aluminum hulls of the catamaran before it was moved off of the coral reefs. By the evening of May 15, approximately 1,500 gallons of fuel had been removed successfully, readying the vessel to be towed from the reef. It was pulled free during high tide the next morning. The location of the grounding is in a Puerto Rico Marine Reserve, overseen by the Puerto Rico Department of Natural and Environmental Resources.

The species of coral affected by the accident are mostly Diploria, or brain coral, and Acropora palmata, or elkhorn coral. Listed as threatened under the Endangered Species Act, elkhorn coral is one of the most important reef-building corals in the Caribbean. Brain coral, found in the West Atlantic Ocean and the Caribbean, is also an important reef-building coral and is known for its stony, brain-like appearance. Although there was significant damage to the coral, an oil spill fortunately was prevented. While exposure to oil may kill corals, it more frequently reduces their ability to perform photosynthesis and causes growth or reproductive problems. A multi-organizational team, which included NOAA, was able to salvage over 800 coral colonies (or fragments of colonies), moving them into deeper water nearby for temporary holding. About 75 very large colonies of brain coral were righted but unable to be moved because of their size. 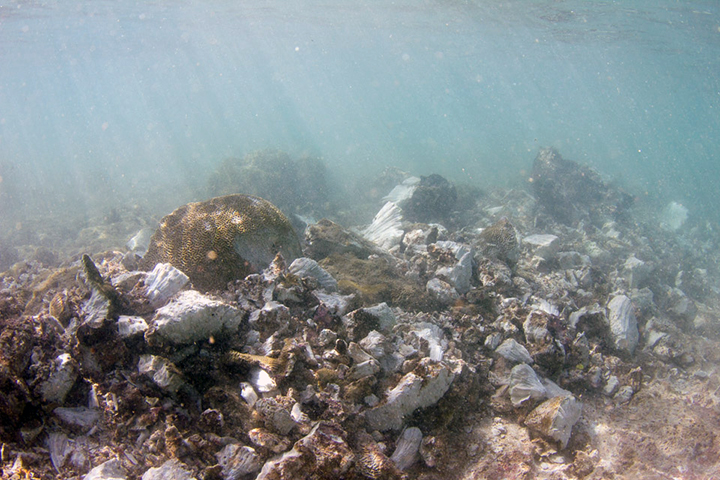 With buckets and by hand, the team filled 50 loads of rubble (approximately nine cubic yards) into open kayaks and small boats to transport them to a deeper underwater site that Puerto Rico Department of Natural Resources had approved for dumping. All that material, moved in one day, would otherwise likely have washed into the healthy reef adjacent to the damaged one and potentially caused even more harm. While poor weather has been preventing further work at the grounding site this past week, the team expects to restart work soon. Once that happens, initial estimates are that it will take 10-15 days to reattach the salvaged corals and to secure the rubble most at risk of moving. Stabilizing or removing the remaining rubble and rebuilding the topographic complexity of the flattened seafloor, accomplished using large pieces of rubble, would likely take an additional 10 days. Both the location and nature of the corals dominating the area make it a very viable location for complete restoration using nursery-grown corals, but the scope and scale would still need to be determined. 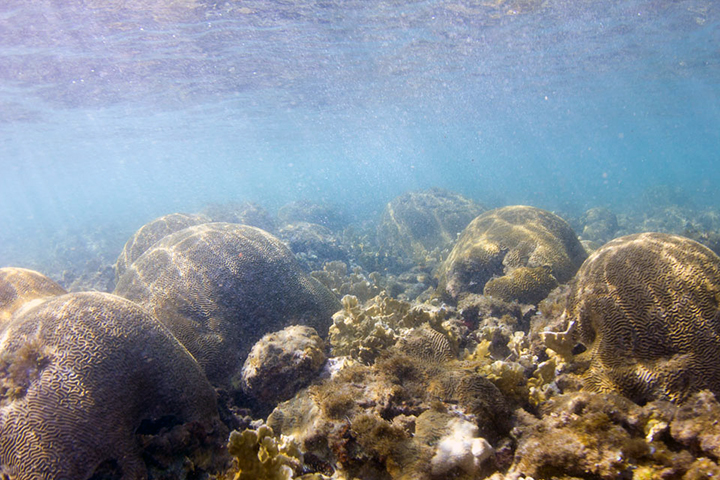 An area of healthy corals near the site of the grounded M/V Aubi. Divers acted quickly to protect these corals from being damaged by the large amounts of rubble loose on the seafloor after the accident. (NOAA)

Even though the vessel involved in this grounding was relatively small, an unofficial, anecdotal report from the team working on the site noted that the amount of damage appeared comparable to that caused by the groundings of much larger vessels, such as tankers. If not for the quick work of the U.S. Coast Guard, Puerto Rico Department of Natural Resources, NOAA, support contractors, volunteers from non-governmental organizations, and members of the local community, the damage could have been much worse. Healthy coral reefs are among the most biologically and economically valuable ecosystems on earth. According to NOAA's Coral Reef Conservation Program, a little-known fact is that corals are in fact animals, even though they may exhibit some of the characteristics of plants and are often mistaken for rocks. Learn more about how NOAA dives to the rescue of corals in the Caribbean when they become damaged by grounded ships. 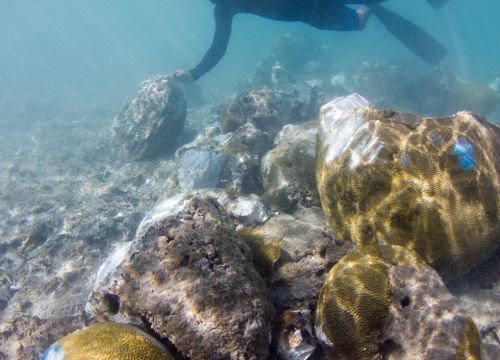 A multi-organizational team, which included NOAA, was able to salvage over 800 coral colonies or fragments of colonies, moving them into deeper water nearby as divers cleared the area of rubble that could further damage them and neighboring reefs. (NOAA) 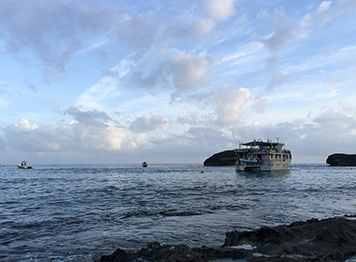 On May 14, 2015, the 49-foot-long catamaran M/V Aubi ran aground along the north coast of Puerto Rico, further damaging wide swaths of corals in the area during its removal. (NOAA)
Back to top