As NOAA Damage Assessment Rules Turn 18, Restoration Trumps Arguing Over the Price Tag of a Turtle 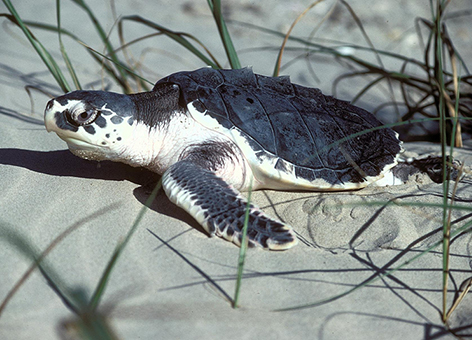 How do you put a price tag on natural resources like this endangered Kemp's Ridley sea turtle? (U.S. Environmental Protection Agency)

JANUARY 6, 2013 -- What is a fish or sea turtle or day of sailing worth? Some resources may be easily valued, such as a pound of lobsters, but other natural resources may not be assigned values as easily, such as injured habitats or non-game wildlife. And what about the value of a lobster in nature rather than in a soup pot? In 1989, under the paradigm in place at the time of the Exxon Valdez oil spill, damage assessments were based on the economic value of natural resources and their uses lost as a result of a spill. Eighteen years ago, on January 6, 1996, NOAA issued its final rules for conducting Natural Resource Damage Assessments (NRDA) for oil spills. The Oil Pollution Act of 1990, prompted by the Exxon Valdez spill, changed many aspects of the U.S. response to oil spills, including the approach to damage assessments. One of the lessons learned from the Exxon Valdez and other incidents was that restoration became delayed when the focus was on arguing over the monetary value of natural resource damages. This was because once government agencies reached a dollar-based settlement with the organization responsible for the spill, we still had to conduct studies to figure out what restoration was really necessary. Furthermore, since the process focused on calculating monetary damages rather than restoration costs, the trustees did not always receive sufficient funds to conduct restoration (the economic value of a fish or acre of wetland may not represent the costs to restore that resource). 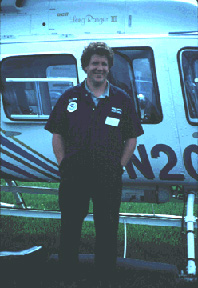 NOAA’s Doug Helton during the response to the August 10, 1993 Tampa Bay oil spill. A collision between a freighter and two fuel barges resulted in hundreds of thousands of gallons of oil spilled into the Bay. The damage assessment that evaluated injuries to birds, sea turtles, mangrove habitat, seagrasses, salt marshes, and recreational uses was an early example of a restoration-based claim, and NOAA used this experience in developing the damage assessment rules. A number of ecological and recreational restoration projects were conducted to address or compensate for these injuries.

To reform this issue, the Oil Pollution Act of 1990 required that NOAA promulgate new damage assessment regulations, and Doug Helton was assigned to work with a team of attorneys and scientists to help develop a rule that made sense legally and scientifically. In response to the lessons learned from the Exxon Valdez and other recent oil spills, this team developed a new approach, focusing on the ultimate goal of restoration rather than attempting to establish a price tag for each fish, bird, or marine mammal injured by a spill. In other words, the damage claim submitted to the responsible party is based on the cost to conduct restoration projects for the damages rather than the value of the injured resource. The Oil Pollution Act regulations also turned Natural Resource Damage Assessment into a more open process through three major changes:

The rulemaking process took several years, and the team had lots of comments from the public, nongovernmental organizations, and the marine insurance, shipping, and oil industries. Finally, after incorporating all of the comments and developing a series of guidance documents, NOAA published the final rule on January 6, 1996. There was little time to relax, however. The first test of those cooperative, restoration-based regulations came a couple weeks later when the Barge North Cape and Tug Scandia ran aground in Rhode Island on January 19. Stay tuned for the story of how that grounding off of a former nudist beach inspired an unexpected career for a young college student.