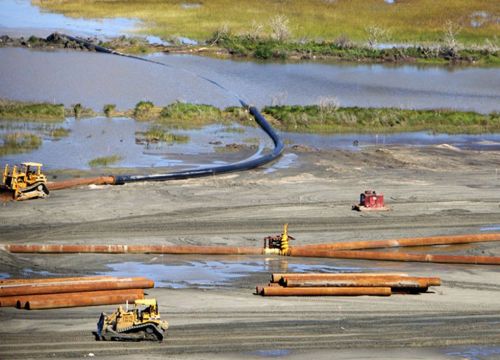 These efforts will restore wildlife and habitat in the Gulf by addressing the ecosystem injuries that resulted from the Deepwater Horizon incident. (NOAA)

OCT.5, 2015 — NOAA and the other Deepwater Horizon Natural Resource Trustees today released 15-year comprehensive, integrated environmental ecosystem restoration plans for the Gulf of Mexico in response to the April 20, 2010 Deepwater Horizon oil rig explosion and spill. Implementing the plan will cost up to $8.8 billion. The explosion killed 11 rig workers and the subsequent spill lasted 87 days and impacted both human and natural resources across the Gulf.

The Draft Deepwater Horizon Oil Spill Draft Programmatic Damage Assessment and Restoration Plan and Draft Programmatic Environmental Impact Statement allocates Natural Resource Damage Assessment monies that are part of a comprehensive settlement agreement in principle among BP, the U.S. Department of Justice on behalf of federal agencies, and the five affected Gulf States announced on July 2, 2015. The Department of Justice lodged today in U.S. District Court a consent decree as part of the more than $20 billion dollar settlement. In the draft plan, the Trustees provide documentation detailing impacts from the Deepwater Horizon oil spill to:

The Trustees determined that "overall, the ecological scope of impacts from the Deepwater Horizon spill was unprecedented, with injuries affecting a wide array of linked resources across the northern Gulf ecosystem." As a result of the wide scope of impacts identified, the Trustees "have determined that the best method for addressing the injuries is a comprehensive, integrated, ecosystem restoration plan." Both the consent decree and the draft plan are available for 60 days of public comment. The Trustees will address public comment in adopting a final plan. For the consent decree, once public comment is taken into account the court will be asked to make it final. Public comments on the draft plan will be accepted at eight public meetings to be held between October 19 and November 18 in each of the impacted states and in Washington D.C. Comments will also be accepted online and by mail sent to: U.S. Fish and Wildlife Service, P.O. Box 49567, Atlanta, GA 30345. The public comment period will end on December 4, 2015. The Trustees are proposing to accept this settlement, which includes, among other components, an amount to address natural resource damages of $8.1 billion for restoration and up to $700 million for addressing unknown impacts or for adaptive management. These amounts include the $1 billion in early restoration funds which BP has already committed.

"NOAA scientists were on the scene from day one as the Deepwater spill and its impacts unfolded. NOAA and the Trustees have gathered thousands of samples and conducted millions of analyses to understand the impacts of this spill," said Kathryn D. Sullivan, Ph.D., undersecretary of commerce for oceans and atmosphere and NOAA administrator. "The scientific assessment concluded that there was grave injury to a wide range of natural resources and loss of the benefits they provide. Restoring the environment and compensating for the lost use of those resources is best achieved by a broad-based ecosystem approach to restore this vitally important part of our nation’s environmental, cultural and economic heritage."

NOAA led the development of the 1,400 page draft damage assessment and restoration plan, with accompanying environmental impact statement, in coordination with all of the natural resource Trustees. The draft plan is designed to provide a programmatic analysis of the type and magnitude of the natural resources injuries that have been identified through a Natural Resource Damage Assessment conducted as required by the Oil Pollution Act of 1990 and a programmatic restoration plan to address those injuries. Alternative approaches to restoration are evaluated in the plan under the Oil Pollution Act and the National Environmental Policy Act. Specific projects are not identified in this plan, but will be proposed in future project-specific restoration proposals. The Trustees will ensure that the public is involved in their development through public notice of proposed restoration plans, opportunities for public meetings, and consideration of all comments received. The draft plan has an array of restoration types that address a broad range of impacts at both regional and local scales. It allocates funds to meet five restoration goals, and 13 restoration types designed to meet these goals. The five overarching goals of the proposed plan are to: 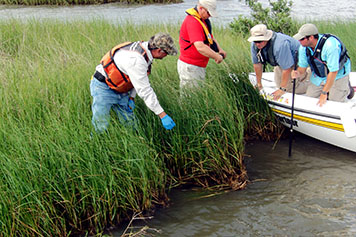 The 13 proposed restoration activities are:

Together, these efforts will restore wildlife and habitat in the Gulf by addressing the ecosystem injuries that resulted from the Deepwater Horizon incident. Once the plan is finally approved and the settlement is finalized, NOAA will continue to work with all of the Trustees to plan, approve, and implement restoration projects. NOAA will bring scientific expertise and focus on addressing remedies for living marine resources—including fish, sturgeon, marine mammals, and sea turtles—as well as coastal habitats and water quality. NOAA scientists developed numerous scientific papers for the NRDA case including documentation of impacts to bottlenose dolphins, pelagic fish, sea turtles, benthic habitat and deep water corals. The Deepwater Horizon Oil Spill Draft Programmatic Damage Assessment and Restoration Plan and Draft Programmatic Environmental Impact Statement is available for public review and comment through December 4. It is posted at www.gulfspillrestoration.noaa.gov and will be available at public repositories throughout the Gulf and at the meetings listed at www.gulfspillrestoration.noaa.gov/public-meetings.