FEBRUARY 4, 2014 -- The Federal Hudson River Natural Resource Trustees sent a letter to General Electric (GE) on February 3, 2014, addressing misinformation and correcting the public record in regard to the recently released Hudson River Project Report, submitted by GE to the New York Office of the State Comptroller. Trustees are engaged in a natural resource damage assessment and restoration (NRDAR) of the Hudson River, which is extensively contaminated with polychlorinated biphenyls (PCBs) released by GE. "We take our responsibility to keep the public informed throughout the damage assessment process seriously," said Wendi Weber, Northeast Regional Director of the U.S. Fish and Wildlife Service, one of the Trustees engaged in the NRDAR process. "An informed public is key to the conservation and restoration of our treasured natural resources." "The extensive PCB contamination of the Hudson River by General Electric has clearly injured natural resources and the services those resources provide to the people of New York State," said Robert Haddad, Assessment and Restoration Division Chief of NOAA's Office of Response and Restoration, a Federal Trustee in the Hudson River NRDAR process. The Federal Trustees affirm these five facts in the letter [PDF]:

(1) Trustees have documented injuries to natural resources that the Report does not acknowledge.

Trustees have published injury determination reports for three categories of the Hudson River's natural resources that GE does not mention in the report. Trustees anticipate that GE will be liable for the restoration of these injured natural resources.

(2) GE has been advised that additional dredging would reduce their natural resource damage liability.

Federal trustees have urged GE to remove additional contaminated sediments to lessen the injuries caused by GE's PCB contamination. Federal trustees publicly released maps showing hot spots that could be targeted for sediment removal over and above that called for in the U.S. Environmental Protection Agency remedy, and calculated the acreage to be dredged based on specific surface cleanup triggers. Information on these recommendations is publicly and explicitly available. Therefore, GE's statement that they have "no basis to guess how much additional dredging the trustee agencies might want, in which locations, and applying which engineering or other performance standards" is incorrect.

(3) GE's very large discharges of PCBs prior to 1975 were not authorized by any permit.

Two GE manufacturing facilities began discharging PCBs into the river in the late 1940s, resulting in extensive contamination of the Hudson River environment. In its report, GE states that "GE held the proper government permits to discharge PCBs to the river at all times required," suggesting that all of GE's PCB releases were made pursuant to a permit. The implication that all of GE's PCB releases were permitted is inaccurate. In fact, the company had no permit to discharge PCBs between 1947 and the mid-1970s, and thus GE discharged and released massive, unpermitted amounts of PCBs to the Hudson River from point sources (engineered wastewater outfalls) and non-point sources (soil and groundwater) at the Fort Edward and Hudson Falls facilities. After GE obtained discharge permits in the mid-1970s, the company at times released PCBs directly to the River in violation of the permits that it did hold. Not all of GE’s releases were permitted, and regardless, GE is not absolved of natural resource damage liability for their PCB releases.

(4) GE's characterization of inconclusive studies on belted kingfisher and spotted sandpiper is misleading.

Trustees hold the scientific process in high regard. In its report, GE inaccurately states that studies on spotted sandpiper and belted kingfisher demonstrate no harm to those species from exposure to PCBs. In truth, those studies were simply unable to show an association between PCBs and impacts to these species. Both studies make a point of stating that the lack of association may have resulted from the sample size being too small. The studies are therefore inconclusive.

(5) The Trustees value public input and seek to ensure the public is informed and engaged.

The Trustees are stewards of the public's natural resources and place high value in engaging with the public. GE incorrectly implies in the report that the Trustees have been secretive with respect to their NRDAR assessment. The Trustees strive to keep the public informed of progress by presenting at Hudson River Community Advisory Group meetings and at events organized by scientific, educational, and nonprofit organizations, as well as releasing documents for public review and providing information through web sites and a list serve. To access the letter to GE and for more information, visit the Hudson River NRDAR Trustee websites: www.fws.gov/contaminants/restorationplans/hudsonriver/index.html www.darrp.noaa.gov/northeast/hudson/index.html www.dec.ny.gov/lands/25609.html The Hudson River Natural Resource Trustees agencies are the U.S. Department of Commerce (DOC), the U.S. Department of the Interior (DOI) and the state of New York. These entities have each designated representatives that possess the technical knowledge and authority to perform Natural Resource Damage Assessments. For the Hudson River, the designees are the National Oceanic and Atmospheric Administration (NOAA), which represents DOC; the U.S. Fish and Wildlife Service (FWS), which represents DOI bureaus (FWS and the National Park Service) and the New York State Department of Environmental Conservation, which represents the State of New York. 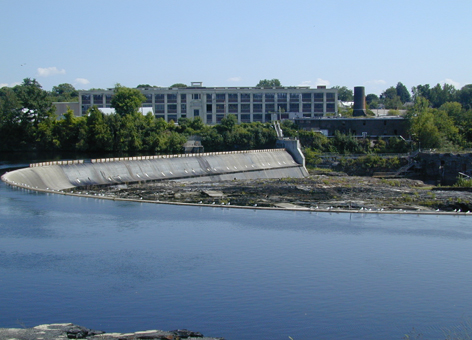