NOVEMBER 11, 2015 -- Did you know that over 20,000 shipwrecks rest on the ocean floor off our coasts? The past century of commerce and warfare has left us with this legacy of sunken vessels dotting the seafloor around the United States. While some of these are naval vessels, a large proportion are merchant vessels destroyed during war time. These wrecks are skewed heavily to World War II casualties such as those fallen during the "Battle of the Atlantic." Some wrecks, such as the Civil War casualty, the USS Monitor, have been listed as National Historic Landmarks or on the National Register of Historic Places. Many of them, such as the USS Arizona at Pearl Harbor, Hawaii, are either civilian or military grave sites. Beyond their military and historic significance, these wrecks also represent an enormous human toll. Today—on Veterans Day in the United States, Armistice Day or Remembrance Day in other nations—we honor the men and women who have served in the armed forces of all nations, and commemorate those who gave their lives in that service, including those in the U.S. Merchant Marine.

The Terrible Cost of the Battle of the Atlantic

During World War II's Battle of the Atlantic, which lasted from September 1939 until the defeat of Germany in 1945, German U-boats and warships (and later Italian submarines) were pitted against Allied convoys transporting military equipment and supplies across the Atlantic to Great Britain and the Soviet Union. This battle to control Atlantic shipping lanes involved thousands of ships and stretched across thousands of square miles of ocean. The losses in the battle were staggering. Between January and June 1942 alone, this battle resulted in the sinking of almost 500 ships. Historians estimate that more than 100 convoy battles took place during the war, costing Britain’s Merchant Navy more than 30,000 men and around 3,000 ships. The terrible cost for the Germans was 783 U-boats and 28,000 sailors, about 75% of the U-boat force. Although casualty statistics vary, we know that the U.S. Merchant Mariners suffered the highest rate of marine casualties of any service in World War II. While many of these sunken vessels in U.S. waters rest in the Atlantic Ocean or Gulf of Mexico, numerous wrecks, such as the S/S Montebello, can be found in the Pacific. And of course, the wartime toll was spread across the world’s oceans, touching nearly all parts of the globe. 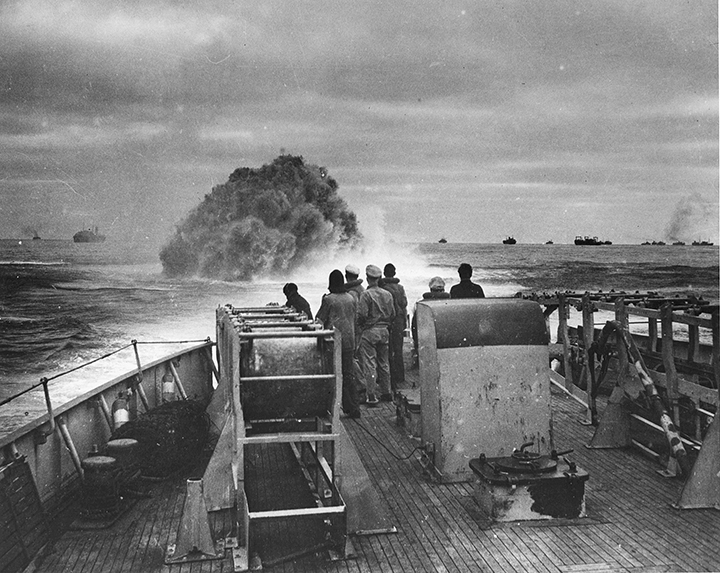 On April 17, 1943, Coast Guardsmen on the deck of the U.S. Coast Guard Cutter Spencer watch the explosion of a depth charge that blasted a Nazi U-boat's hope of breaking into the center of a large convoy of ships. World War II left thousands of Allied and Axis ships -- and soldiers -- on the bottom of the ocean. (U.S. Coast Guard)

NOAA is involved with shipwrecks in a number of ways. The agency's role ranges from offering scientific guidance to the U.S. Coast Guard during pollution responses, to stewarding the diverse natural and cultural resources surrounding wrecks in national marine sanctuaries, to creating navigational charts that show the precise locations of wrecks that could hinder maritime traffic. Most of the 20,000 wrecks resting off our coasts are old and did not carry oil as fuel or hazardous cargo; however, some of the more recent wrecks have the potential to contain—and sometimes leak—oil. In 2002, for example, the decaying wreck of the S/S Jacob Luckenbach (carrying supplies to support the Korean War) was identified as the source of mysterious, recurring oil spills that had killed thousands of seabirds and other marine life along California's coast. Our office joined with the U.S. Coast Guard and other agencies to remove the approximately 100,000 gallons of oil remaining in the wreck, protect the resources of the Great Farallones National Marine Sanctuary, and restore critical seabird breeding habitat in the U.S. and Canada to make up for the harm caused by the oil releases. Leaking wrecks like the Jacob Luckenbach are one reason NOAA maintains a large database of shipwrecks, dump sites, navigational obstructions, underwater archaeological sites, and other underwater cultural resources, known as the Resources and Undersea Threats (RUST) database. Beginning in 2010, NOAA's Office of Response and Restoration and Office of National Marine Sanctuaries systematically analyzed a subset of those wrecks which could pose a substantial threat of leaking oil still on board. This work is part of NOAA's Remediation of Underwater Legacy Environmental Threats (RULET) project. After the report was completed in 2013, the U.S. Coast Guard has worked to incorporate the information and recommendations into their regional contingency plans. NOAA also has the privilege of protecting shipwrecks and naval battlefields though its National Marine Sanctuaries office. The first NOAA national marine sanctuary was designated in 1975 to protect the U.S. Navy warship USS Monitor, and other sanctuaries have followed in these footsteps of preserving historic wrecks. Today, you can explore fascinating undersea wrecks at Florida Keys National Marine Sanctuary, Thunder Bay National Marine Sanctuary in the Great Lakes, and at other sanctuaries.

Sometimes these submerged shipwrecks can serve as artificial reefs. Sunken wrecks are actually the most prevalent type of artificial reef. As artificial reefs, shipwrecks can create both amazing homes for a diversity of marine life and popular attractions for commercial and recreational fishers, divers, and snorkelers. Occasionally, vessels are even sunk intentionally for this purpose. However, it can be very costly to prepare the vessels to become artificial reefs, which requires removing paints and other hazardous materials in the hull. Another consideration is the stability of the vessel and its danger to living things around it. For example, if the vessel is in shallow water, will it flip over in a storm and crush the new coral growing there? Could people or marine life get caught inside it? These considerations are why artificial reefs are often found in deep water and why establishing an artificial reef requires special review and permitting processes. Through the study, protection, and promotion of our diverse legacy of undersea wrecks, national marine sanctuaries help us learn more about and celebrate our merchant marine and military history.

You can learn more about NOAA expeditions between 2008 and 2011, which explored the World War II wrecks in the "Graveyard of the Atlantic." You also can watch a video of researchers first discovering the long-lost location of the USS Monitor's wreck in 1973 off the coast of North Carolina:

See what it's like to dive among the many wrecks at the bottom of Lake Huron in Thunder Bay's "Shipwreck Alley":

Take a video tour of the wreck of the USS Arizona, sunk by Japanese planes on December 7, 1941, and pay homage to the members of the U.S. armed forces who gave their lives. 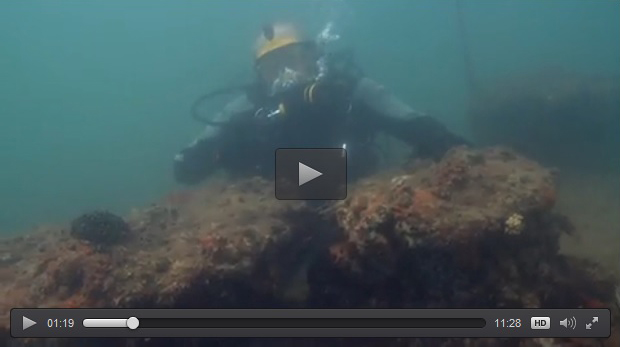 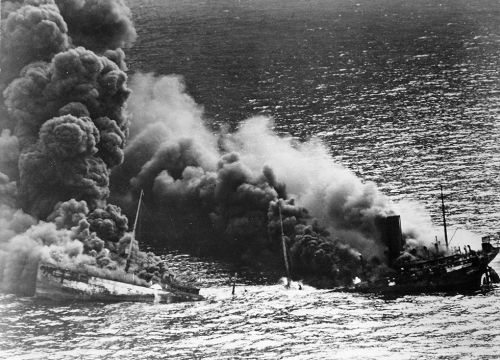 Beyond their military and historic significance, these wrecks also represent an enormous human toll. The Allied tanker Dixie Arrow was torpedoed in 1942 by a German submarine during the Battle of the Atlantic. The wreck lies off North Carolina's Cape Hatteras, but due to the way it was destroyed, this wreck does not likely pose any threat of pollution today. (U.S. Navy/National Archives) 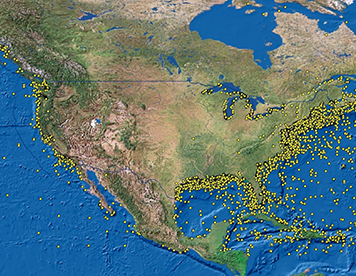 More than 20,000 shipwrecks exist in U.S. waters. Many are naval and commercial vessels destroyed during wartime. (NOAA)
Back to top