Restoration to Begin after 2007 Oil Spill in San Francisco Bay 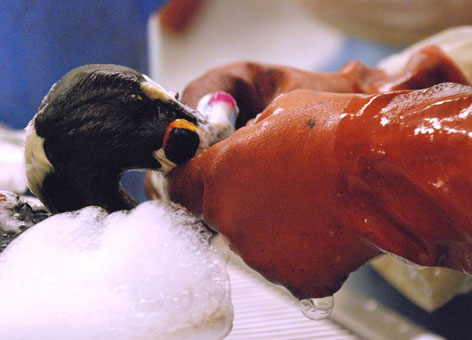 MARCH 16, 2012 -- In September 2011, NOAA and our partners reached a settlement for the 2007 M/V Cosco Busan oil spill, which dumped 53,000 gallons of oil into San Francisco Bay. Now, we are ready to start restoring the habitat and other natural resources that were affected by the spill.

After the settlement was reached, we asked for public comment on our restoration plan. We—along with our federal and state partners—revised the plan based on those comments. Now, we have a final restoration plan in hand and are ready to get to work.

The oil killed thousands of birds, impacted San Francisco Bay's 2008 herring spawn, oiled thousands of acres of shoreline habitat, and closed the Bay and area beaches to recreation and fishing. More than $32 million of the settlement funds will go toward restoration projects to address these impacts.

You can read the full Final Damage Assessment and Restoration Plan [PDF] for this spill, as well as the press release [PDF] outlining the plan.