Restoring a Coral Reef Hit by Tanker in Puerto Rico

U.S. coral reefs are impacted by 3 - 4 large groundings a year. On Dec. 15, 2009 the danger became reality near Guayanilla Bay, Puerto Rico when the liquid natural gas carrier Matthew grounded on the coral reef there causing substantial harm. It wasn’t just the grounding that injured the coral. During attempts to free the tanker the bow of the ship was moved from side to side causing further injury to the reef structure. Although no oil was spilled, by the time the ship was removed a total of 3,200 square meters (about 34,444 square feet) of living coral reef was mangled or destroyed. National Oceanic and Atmospheric Administration and the Puerto Rico Department of Natural and Environmental Resources officials have been working on a restoration plan for the area, which is now available for public comment. The period for comments ends Feb. 10, 2017. In the aftermath of groundings, impacted corals are often broken, dislodged, or flipped over. These fragments are subject to abrasion, scour, and sedimentation, which ultimately result in death. Unchecked, these damages can result in additional reef loss and instability. However, if dislodged fragments can be collected and stabilized shortly after physical impacts then the probability of survival increases substantially. After the grounding a triage team of divers, which included NOAA, salvaged live corals from the rubble. The corals were cached in a safe, stable underwater area in an effort to keep them alive until they could be permanently reattached. The emergency restoration actions lasted through 2010 and were designed to address most of the potential restoration actions that might be needed for the injured reef. Emergency response efforts were able to save about 7,000 corals. Species harmed included fractured and crushed hard corals (scleractinian), dislodged soft corals (octocorals). Staghorn coral, classified as threatened under the Endangered Species Act were also injured and swaths of the sea floor were scraped and pulverized. Coral reefs are one of the most economically valuable ecosystems on earth, providing hundreds of billions of dollars in food, jobs, recreational opportunities, and coastal protection. NOAA has the responsibility to conserve coral reef ecosystems under the Coral Reef Conservation Act of 2000. You can read more about how NOAA is working to restore damages reefs in the following articles: NOAA and Partners Work Quickly to Save Corals Hit by Catamaran in Puerto Rico How NOAA Uses Coral Nurseries to Restore Damaged Reefs How to Restore a Damaged Coral Reef How Do Oil Spills Affect Coral Reefs? The Ship M/V Jireh Runs Aground a Coral Reef in Puerto Rico 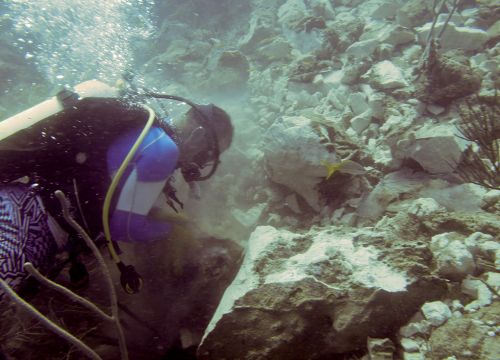 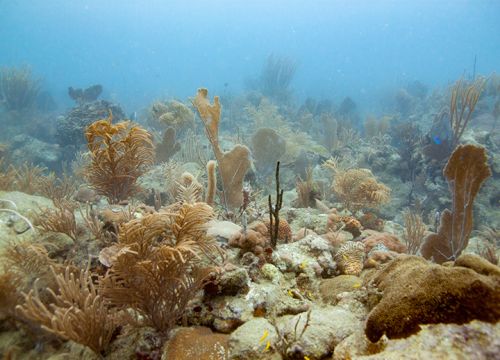