Feb. 21, 2017 - Can tiny sea urchins save a Hawaiian coral reef? In Oahu’s Kaneohe Bay, with a little help from scientists, it appears they can. Kaneohe Bay has been plagued for decades by two species of invasive algae that blanket the native coral reefs, blocking the sun. The National Oceanic and Atmospheric Administration and partners developed two methods to destroy the invaders, vacuuming them up, and releasing hungry native sea urchins to munch them away. Since the urchin program started in 2011, hundreds of thousands of baby Hawaiian collector sea urchins (Tripneustes gratilla) have been released into targeted areas of the bay to gorge on the algae invaders. Although native to the bay, the collector sea urchin population was too low to battle the invasive algae. Using funds from a ship grounding a decade earlier, officials developed a sea urchin hatchery. The State of Hawaii Division of Aquatic Resources, the Nature Conservancy and NOAA created the Kaneohe Bay restoration plan from the settlement of the 2005 grounding of the ship M/V Cape Flattery on the coral reefs south of Oahu. The grounding, and response efforts to free the ship, injured 19.5 acres of coral. Despite the injuries, the reef began recovering on its own. Rather than mess with that natural recovery, NOAA Fisheries, U.S. Fish and Wildlife Service, and DAR began restoring the coral reefs in Kaneohe Bay. NOAA Fisheries has a video on the creation of the sea urchin hatchery, as well as details on the success of the sea urchin releases. NOAA has the responsibility to conserve coral reef ecosystems under the Coral Reef Conservation Act of 2000; however, this project fell under the Oil Pollution Act of 1990. You can read more about how NOAA is working to restore damaged reefs in the following articles: How NOAA Uses Coral Nurseries to Restore Damaged Reefs How to Restore a Damaged Coral Reef How Do Oil Spills Affect Coral Reefs? 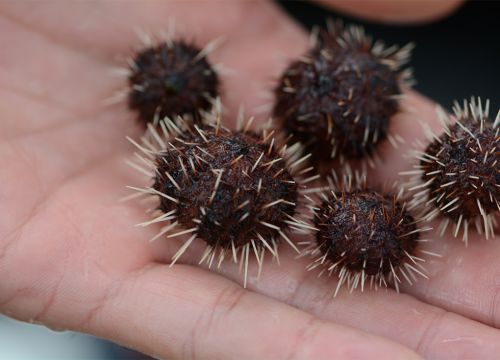 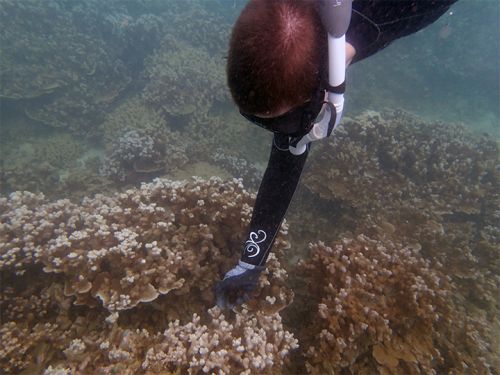 Divers try to deposit 1-3 urchins per meter. (NOAA)
Back to top