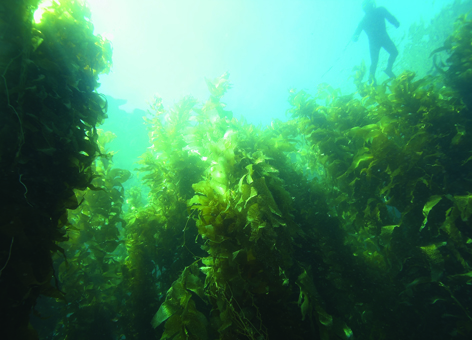 JUNE 12, 2014 -- In July of 2013, a large-scale project to restore kelp forests began off the Palos Verdes peninsula of California. The Bay Foundation, with funding and technical assistance from NOAA's Montrose Settlements Restoration Program, coordinated the effort to remove overpopulated and undernourished sea urchins from urchin barrens. The large numbers of sea urchins in these areas decimate kelp forests by eating every newly settled kelp plant before they have a chance to grow. The good news is that these restoration efforts are working. Thanks to volunteer divers, commercial urchin divers, researchers, and local nonprofit groups, southern California's kelp forests are on the road to recovery. Check out the before and after photos to see the radical difference this project is making. In just weeks after divers clear urchins, newly settled kelp and algae can be seen growing. In the before photo, you can see what the area's nearly 100 acres of urchin barrens look like—rocky reef covered in dense clusters of spiny purple urchins. In the after photo, taken several months after restoration began, long strands of giant kelp reach from the seafloor up toward the water's surface. At some of the restoration sites, kelp have already grown more than 25 feet in length, creating better habitat for fish and other marine life. 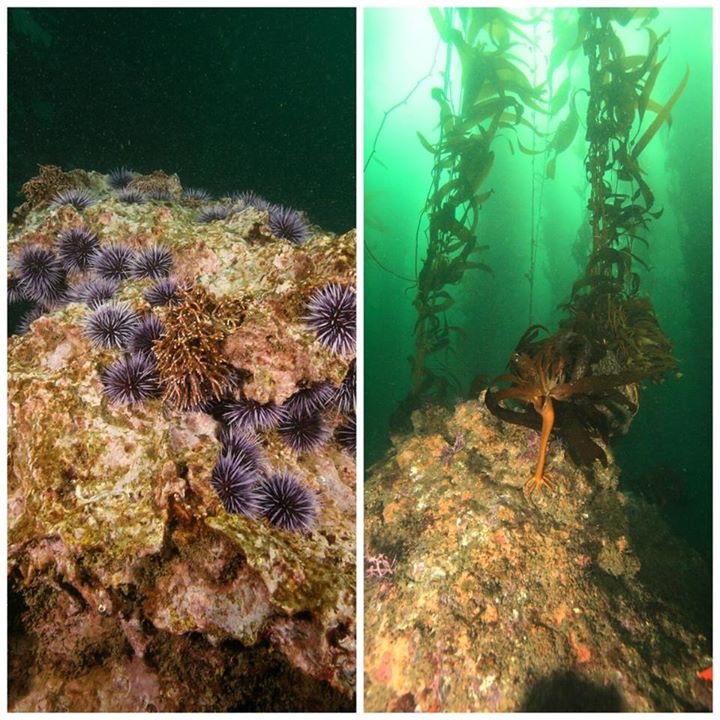 On the left is an urchin barren before divers cleared it of excess purple sea urchins and on the right is newly settled kelp already growing tall several months after restoration. (NOAA)

To date, volunteers have cleared roughly eight acres of reef habitat at four restoration sites, which are in various states of recovery, but we still have plenty more work ahead. In the next two to three years, we hope to reestablish between 75 and 80 acres of kelp forest on the Palos Verdes shelf. For more information, check out: