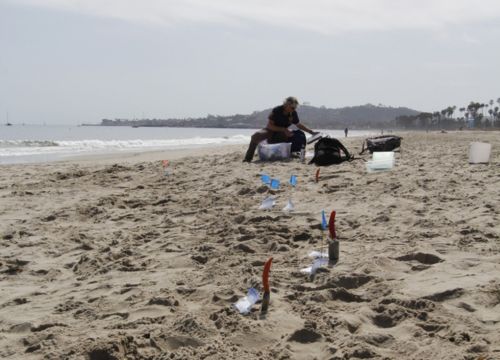 Government scientists are examining how the 2015 pipeline oil spill at California's Refugio State Beach may have affected marine life a year later. Here, a scientist samples the eggs of a small fish called grunion and the levels of oil compounds found in the surrounding sand. (NOAA)

June 21, 2016 -- One year after the pipeline oil spill at Refugio State Beach near Santa Barbara, California, scientists from NOAA and our partners have been back to the site of the spill. They are gathering a new round of samples to help determine the health of the environment and marine life. This May and June, these teams have been conducting comprehensive scientific surveys to collect data on three distinct but interconnected habitats within the impacted spill zone: sandy beach, subtidal, and rocky intertidal habitats. Specifically, the surveys are examining:

Information collected from these sampling efforts will be used to determine the amount of restoration needed to return the environment to the condition it would have been in if not for the spill, and to compensate the public for natural resource injuries and lost recreational opportunities. This is part of the Natural Resource Damage Assessment process, which evaluates the environmental impacts of pollution and implements restoration to make up for those effects. This pipeline spill occurred on May 19, 2015 and resulted in more than 100,000 gallons of crude oil being released on land, with a portion of the oil reaching the Pacific Ocean. Field teams documented dead fish, invertebrates, and other wildlife in the oiled areas following the spill. The spill also shut down fisheries, closed multiple beaches, and impacted recreational uses, such as camping, non-commercial fishing, and beach visits. To submit a restoration project idea, please visit: https://docs.google.com/a/noaa.gov/forms/d/e/1FAIpQLSf5vbBQtrydSofaUJ7oskJ1uQdvare3S8vpDi1JWHFsJpEtjg/viewform. Learn more about spill cleanup and response efforts at www.refugioresponse.com. 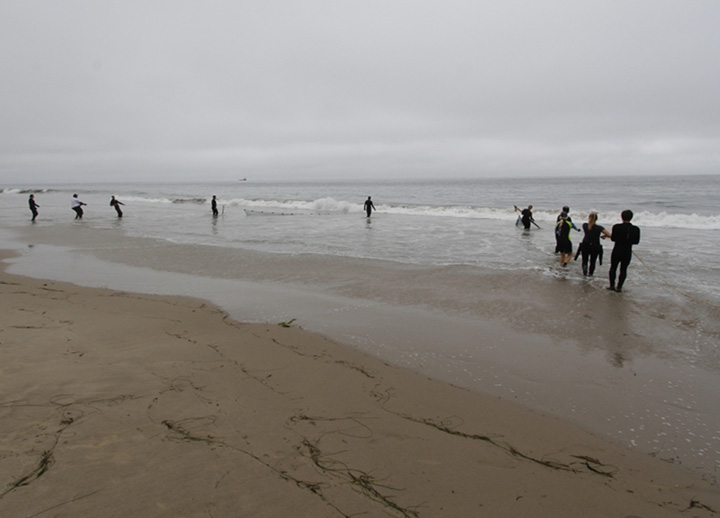 Scientists pull in a seine net along a beach near Santa Barbara, California, about a year after the oil spill at Refugio State Beach. They are sampling fish known as surfperch to evaluate any impacts from the oil spill. (NOAA) 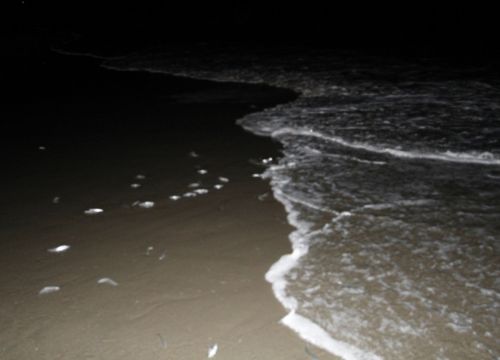 Grunion are a small, silvery fish that comes ashore to spawn and bury their eggs in the sand at night after high tide in spring and summer. (NOAA)
Back to top