A Tale of Two Shipwrecks: When History Threatens to Pollute 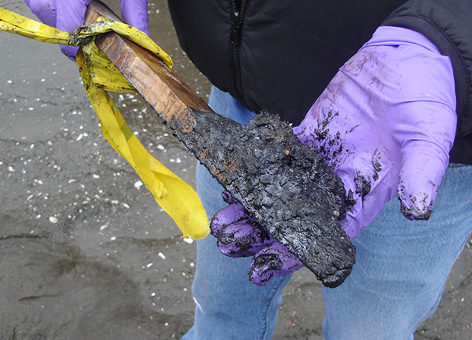 Oil-contaminated sludge found within the hull of the S.S. Catala. (Washington State Department of Ecology)

JANUARY 22, 2014 -- Last year we wrote about NOAA's work in identifying potentially polluting shipwrecks in U.S. waters. One of the wrecks that we've been watching with interest has been the wreck of the Brigadier General M.G. Zalinski, a World War II U.S. Army transport ship that ran aground and sank in 1946 near Prince Rupert, Canada. For the past decade the vessel has been the source of chronic oil spills in British Columbia's Inside Passage, and patches to the hull were only a temporary solution. Response operations were just completed in late December 2013, and the Canadian government reported that two-month-long operations safely extracted approximately 44,000 liters (about 12,000 gallons) of heavy Bunker C oil and 319,000 liters (84,000 gallons) of oily water from the wreck. More information on the project is on Canada's Department of Fisheries and Oceans website. Every shipwreck has its own story to tell. One of the interesting bits of trivia about the Zalinski is that the crew of the sinking ship back in 1946 was rescued by the Steam Ship Catala. The Zalinski, lying in Canadian waters, is not in our database of potentially polluting shipwrecks, but the S.S. Catala is, or should we say, was. The Catala met its end in 1965 when the ship grounded during a storm and was abandoned on a beach on the outer coast of Washington state. Over time the vessel was buried in sand, but 40 years later, winds and tides had changed the face of the beach, re-exposing the Catala's rusted-out, oil-laden hull. 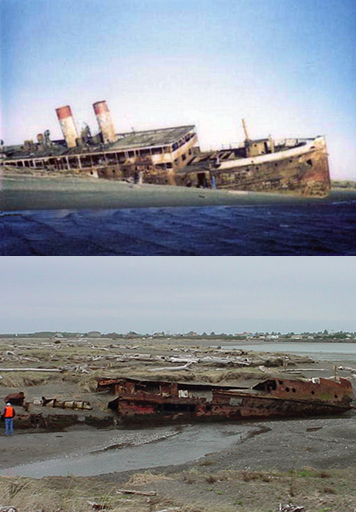 In 2007, the State of Washington led a multi-agency effort to remove not only the 34,500 gallons of oil still on board but also the ship's wreckage and the potential for a major oil spill near a number of state parks and national wildlife refuges on the coast. Learn more about how NOAA worked with the U.S. Coast Guard and Regional Response Teams to prioritize potential threats to coastal resources from the nation's legacy of sunken ships. Photos: Washington State Department of Ecology, Copyright and Levriere52, Creative Commons Attribution-Share Alike 3.0 Unported license. 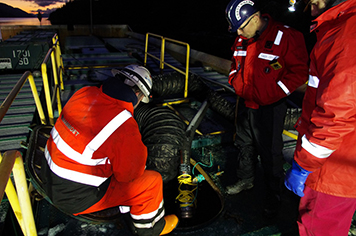 During November 2013, the Canadian Coast Guard (Western Region) worked with Mammoet Salvage to remove the oil remaining on board the wreck of the Brigadier General M.G. Zalinski. The Zalinski sank off the North Coast of British Columbia, Canada, and its wreck remains upside down on top of an underwater cliff. (Daniel Porter, Mammoet Salvage)
Back to top