At the Trans Alaska Pipeline's Start, Where 200 Million Barrels of Oil Begin their Journey Each Year

As the northernmost port that remains free of ice, the Valdez Marine Terminal is where crude oil from the North Slope oil fields is loaded on tankers destined for refineries on the west coast of the United States.

Last month Helton was able to visit the northern end of the pipeline in Deadhorse, Alaska, where on average 17,001 gallons of oil enter the pipeline each minute and more than 200,000,000 barrels each year [PDF].

He was in Deadhorse to meet with Alaska Clean Seas, the primary Oil Spill Response Organization (OSRO) for all of the oil exploration and production operations in Prudhoe Bay and the other nearby oil fields.

The flight from Anchorage was right on time, boarded quickly, and was full of jackets and hats with every industry logo in the oilfield servicing business. Safety is a big concern in a place that is so remote, and the safety policy starts at Anchorage. Nobody is allowed on the plane without appropriate clothing.

According to Helton, the scenery in Deadhorse is difficult to describe. It has a flat, sprawling industrial footprint surrounded by vast tundra, shallow braided rivers, and innumerable shallow ponds and lakes.

All of the infrastructure is built on large gravel pads: living quarters, warehouses, huge drilling rigs, and other equipment, with multiple racks of elevated pipelines running every direction. Unheated structures sit on the ground, but heated buildings are constructed on concrete stilts to prevent thawing of the permafrost.

Deadhorse is home to the beginning of the Trans Alaska Pipeline, combining oil from five major feeder pipelines that originate in the different oil fields that comprise the North Slope. Oil takes about 15 days to get to Valdez, moving about five miles per hour. Since its construction in 1977, the Trans Alaska Pipeline System has transported nearly 17 billion barrels of oil.

While in Deadhorse, Helton also glimpsed views of the Beaufort Sea. Although it was close to the summer solstice (the last sunset was about a month ago), the ocean was still mostly frozen. Response boats remained staged on land, waiting for open water.

As you can gather from these descriptions and the pictures that follow, the Arctic is not a place that easily lends itself to the type and speed of oil spill cleanup possible in warmer and more accessible areas. Learn more about NOAA's ongoing Arctic efforts in a series of reports released in April 2014. 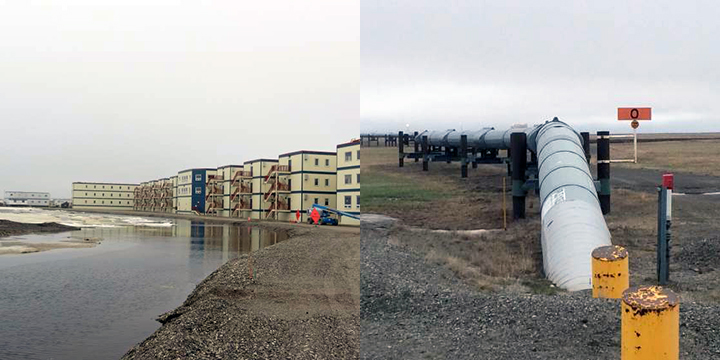 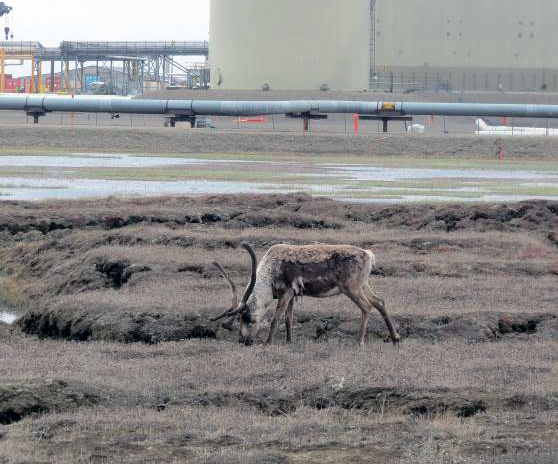 A caribou next to the Trans Alaska Pipeline’s Pump Station One, which moves oil through the pipeline. There are four operating pump stations and one relief station along the pipeline’s 800 mile route. (NOAA) 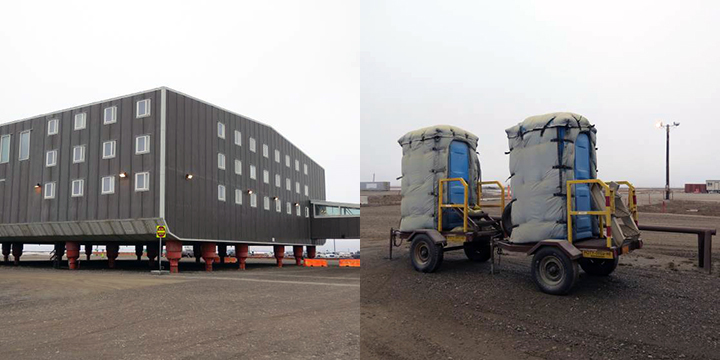 Left, the elevated camps in Deadhorse, Alaska, keep heated buildings from damaging the frozen layers of permafrost. Right, insulated porta potties are a necessary part of life in the oil fields north of the Arctic Circle. (NOAA) 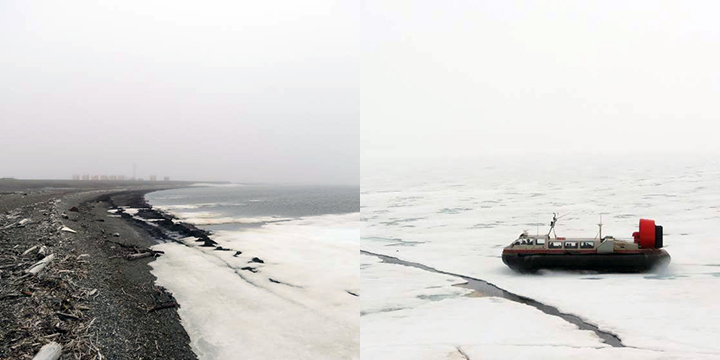 Left, peaty shorelines along the edge of the Beaufort Sea. Right, hovercraft used to transport workers to the Northstar oil development facility, located on a small, artificial island in the Beaufort Sea, 12 miles northwest of Prudhoe Bay. (NOAA) 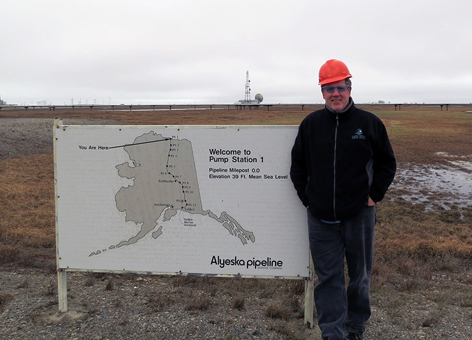 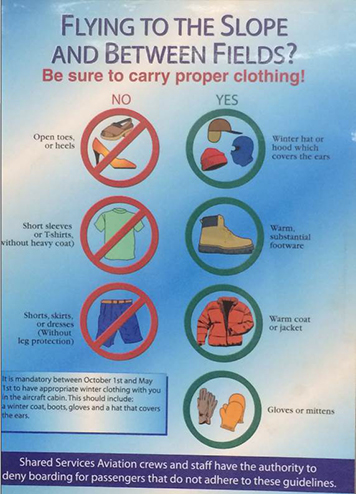 Everyone traveling to Deadhorse, Alaska, where the Trans Alaska Pipeline begins, must follow strict Arctic fashion guidelines. (NOAA)
Back to top