Two Unlikely Neighbors, Orphans and Industry, Share a Past Along the Delaware River

JULY 9, 2014 -- When NOAA environmental scientist Alyce Fritz talks about her first visit to the Metal Bank Superfund Site back in 1986, she always mentions the orphanage next door. St. Vincent's Orphans Asylum, as it was named when it was opened by the Catholic Archdiocese of Philadelphia in 1857, is separated from the Metal Bank site by a stormwater outfall that drains into the Delaware River just north of the former orphanage. The Metal Bank Superfund Site and St. Vincent's are located several miles north of the center of Philadelphia, Pennsylvania, on the banks of the Delaware River in an industrial district that is part of the historic Tacony neighborhood. Located on 29 acres along the river, St. Vincent's looks like a beautiful old park. What Fritz remembers clearly on that first visit was the children's playground equipment placed near the river’s edge. 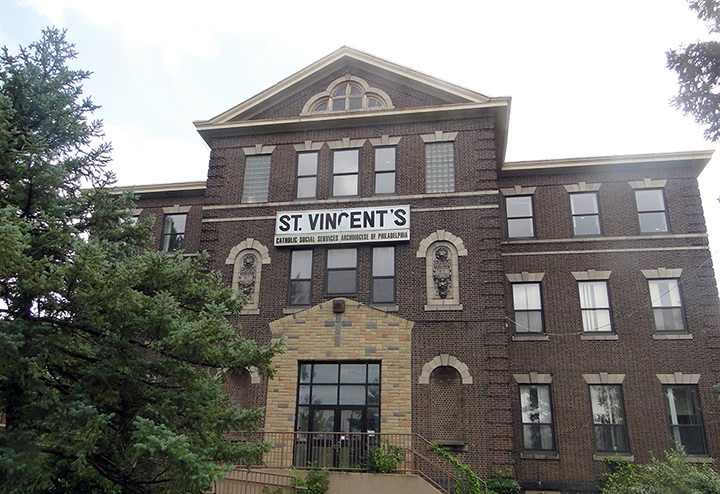 St. Vincent’s, as it appears today on the Delaware River in the Tacony neighborhood of Philadelphia.

On the adjacent 10 acre Metal Bank site, a company called Metal Bank of America, Inc., owned and operated a salvage facility where scrap metal and electric transformers were recycled for over 60 years. Part of the recycling process used by Metal Bank of America, Inc. involved draining oil—loaded with toxic compounds including PCBs—from the used transformers to reclaim copper parts. PCBs are considered a probable cause of cancer in humans and are harmful to clams and fish found in the mudflats and river next to the site. In the 1970s the U.S. Coast Guard discovered oil releases in the Delaware River and traced them back to the site. Throughout the 1980s, the Metal Bank site's owners used an oil recovery system to clear the groundwater of PCB-laced oil. However, oil continued to seep from an underground tank at the site. As a result, PCBs and other hazardous substances were left in the soil, groundwater, and river bed sediments at the Metal Bank site and adjacent to St. Vincent's. In 1983 the Metal Bank site was placed on the National Priorities List (the Superfund program) and slated for federal cleanup. During the course of the federal cleanup process, various parties were identified as being liable for the contamination at the site, including a number of utility companies that transported their used electrical transformers to the Metal Bank site for disposal or otherwise arranged to dispose of their used electrical transformers at the Metal Bank site. Federal and local agencies collaborated on a design for cleanup of multiple contaminants of concern at the Metal Bank site. Found in the soil, sediment, groundwater, and surface water, these contaminants included but were not limited to:

The cleanup, which began in 2008, included excavating soils and river sediments contaminated with PCBs, capping some areas of river sediment, installing a retaining wall near the river, and removing an old transformer oil storage tank. Most of this work was completed in 2010. 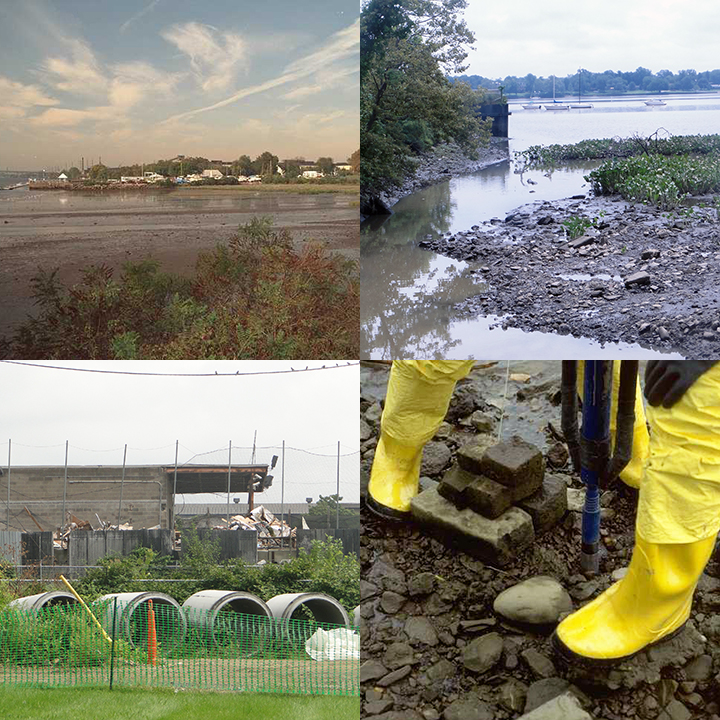 As part of the required 5-year review period, monitoring of the Metal Bank site continues. This is to ensure the cleanup is still protecting human health and the environment, including endangered Atlantic Sturgeon and Shortnose Sturgeon. Through successful coordination among the EPA, other federal and state agencies, and some of the potentially responsible parties (PRPs) during the Superfund process, the cleanup has reduced the threat to natural resources in the river and enhanced the recovery of the habitat along the site and St. Vincent's property. Over the years, the role of St. Vincent's has evolved too, from serving as a long-term home for orphans toward one of providing short-term shelter and care to abused and neglected children. Prior to the early 1990s, children who came to St. Vincent’s spent a significant part of their childhood as residents of the institution. In a 1992 article in the Philadelphia Daily News, Sister Kathleen Reilly explained that the children currently cared for by St. Vincent’s range in age from two to 12 years of age and are placed at the home temporarily through an arrangement between the City of Philadelphia Department of Human Services and Catholic Social Services. Today St. Vincent's serves young people mostly through day programs. One thing hasn't changed though—the lush grounds along the river are still beautiful. 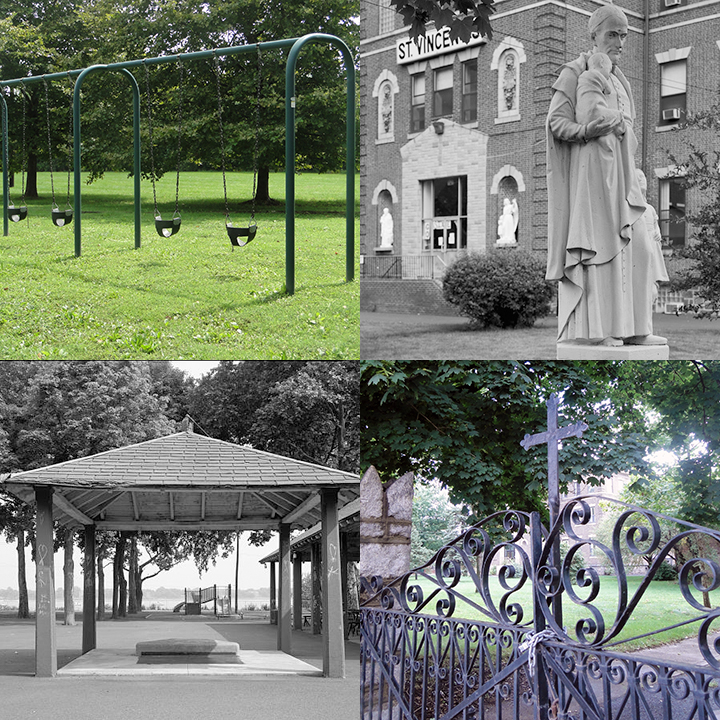 From top left: A recent photo of part of the play area behind St. Vincent’s on the grounds facing the Delaware River. (NOAA) An old photo of a statue in front of St. Vincent’s Orphan Asylum, as it was originally named. (U.S. Library of Congress) The main building of the historic institution in Northeast Philadelphia that first opened its gates in 1857 as St. Vincent's Orphans Asylum. Photo was taken in 2013. (NOAA) An old photo of a pavilion in the recreational area behind St. Vincent’s main building. The Delaware River and playground equipment is visible in the background. (U.S. Library of Congress)

The federal and state co-trustees for the ongoing Natural Resource Damage Assessment at the Metal Bank site include NOAA’s Damage Assessment, Remediation, and Restoration Program; the U.S. Fish and Wildlife Service; and multiple Pennsylvania state agencies. Collectively, the trustees are working together to further engage with the potentially responsible parties and build upon what has been accomplished at the site by the cleanup. The trustees have invited the potentially responsible parties to join them in a cooperative effort to improve habitat for the injured natural resources (such as habitat along the river and wetlands) that support the clams, fish, and birds using the Delaware River. In addition, there is the potential for a trail to be routed through the property to a scenic view of St. Vincent's and the river (an area which is now safe for recreational use). The trustees hope that the natural resources at the Metal Bank site can evolve to become a vibrant part of the historic Tacony neighborhood once again too. 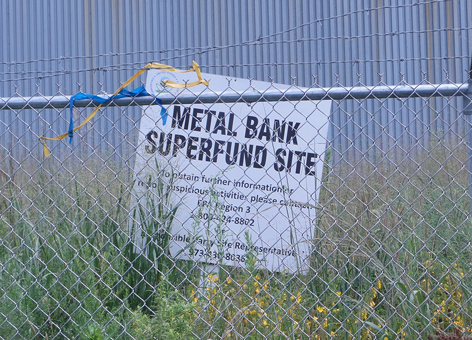 The Metal Bank site was placed on a National Priorities List for Federal cleanup in 1983. (NOAA)
Back to top