At the U.S.-Canadian Border, Surveying a World War II Shipwreck for History and Oil

JUNE 2, 2016 -- On June 2, 2016, an underwater survey team is looking at what they believe to be the wreck of the 324-foot-long Coast Trader, a U.S. Army-chartered freight ship sunk somewhere off the Washington coast during World War II. The shipwreck being surveyed is located near the entrance to the Strait of Juan de Fuca just across the border of Washington state and British Columbia in Canadian waters. The Coast Trader sank on June 7, 1942 after the Imperial Japanese Navy's deadly I-26 submarine torpedoed it on its journey between Port Angeles, Washington, and San Francisco, California. Its precise location on the seafloor remained unknown until a 2010 survey by the Canadian Hydrographic Service. A wreck with the same dimensions and basic shape as the Coast Trader lies in 450 feet of water just two miles from where the ship’s master reported his ship was attacked. The survey team is led by archaeologist James Delgado, director of maritime heritage for NOAA's Office of National Marine Sanctuaries, and Michael Brennan, archaeological director for the Ocean Exploration Trust, which was founded by underwater explorer Robert Ballard, who years ago discovered the wreck of the Titanic. Joining the team at the University of Rhode Island's Inner Space Center is Frank Cantelas, archaeologist for NOAA's Office of Ocean Exploration Research, along with naval architects, corrosion and oil spill response experts from the U.S. Coast Guard, and a Canadian historian from the Vancouver Maritime Museum. While the Coast Trader appears to rest in Canadian waters, it is just north of Washington's Olympic Coast National Marine Sanctuary. 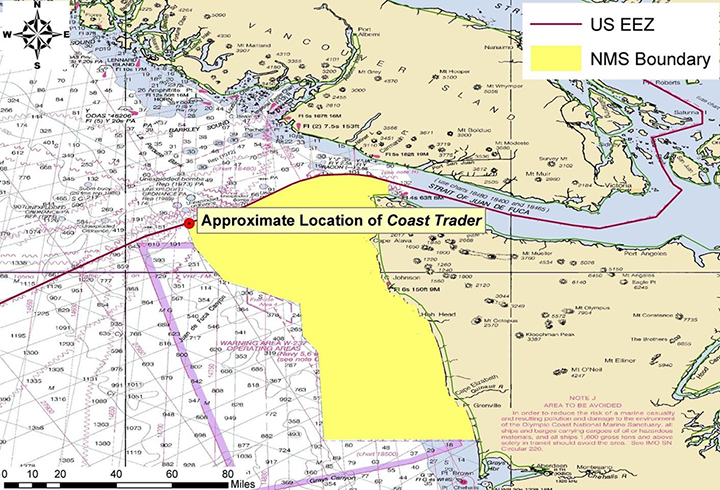 A map of what was believed to be the approximate location of the wreck of the Coast Trader, on the border of the Olympic Coast National Marine Sanctuary and Canada. The likeliest scenario of oil release from most sunken wrecks, including the Coast Trader, is a small, episodic release that may be precipitated by disturbance of the vessel in storms. However, NOAA's modeling shows that a worst-case scenario spill would oil shorelines on the southern coast of Canada's Vancouver Island. (NOAA)

Why the interest in a 74-year-old wreck? History and the threat of oil pollution. While the Coast Trader was a pretty typical ship of its era, the wreck is now considered historically significant for being one of a handful of ships sunk on this side of the Pacific during World War II. In addition, in 2013, it was one of the priority shipwrecks NOAA's Office of Response and Restoration, along with the National Marine Sanctuaries program, identified for its potential risk of spilling oil. While the Coast Trader was carrying a cargo of newsprint when it sank, it was also loaded with more than 7,000 barrels of a heavy fuel oil known as Bunker C. The marine archaeologists looking at the wreck will be trying to confirm that it is in fact the Coast Trader, and they’ll be searching for clues as to whether the ship’s hull is still intact and likely still holding its fuel. Our 2013 assessment of the Coast Trader's pollution potential [PDF] reports the following about the ship's sinking and its potential condition:

The explosion blew the hatch covers off the cargo hold and sent rolls of newsprint flying through the air. Survivors of the attack reported looking down into the hatches and seeing a "sea of oil and water" in and around the damaged portion of the ship and that "quite a bit of fuel oil surrounded ship." The vessel eventually sank by the stern and the survivors watched as each of the hatch covers were blown off in succession as the ship sank. Based on the large degree of inaccuracy in the reported sinking location and the depths of water the ship was lost in, it is unlikely that the shipwreck will be intentionally located. Although the survivor reports of the sinking make it sound like substantial amounts of oil was lost when the vessel sank, it is not possible to determine with any degree of accuracy what the current condition of the wreck is and how likely the vessel is to contain oil since the shipwreck has never been discovered. The only way to conclusively determine the condition of the shipwreck will be to examine the site after it is discovered.

Hopefully, we'll soon find out if this wreck actually is the long-lost Coast Trader. You can watch video of the underwater survey as it takes place at https://nautiluslive.org/. UPDATED JUNE 2, 2016: The survey team has confirmed that this wreck is, with very little doubt, the Coast Trader. Here are a few photos of the livestream exploration of the wreck: 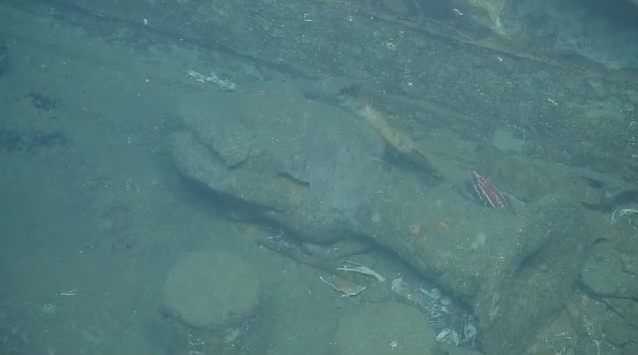 A close-up of fish swimming around various external features of the Coast Trader's wreck. Image taken during the livestream exploration. (NOAA) 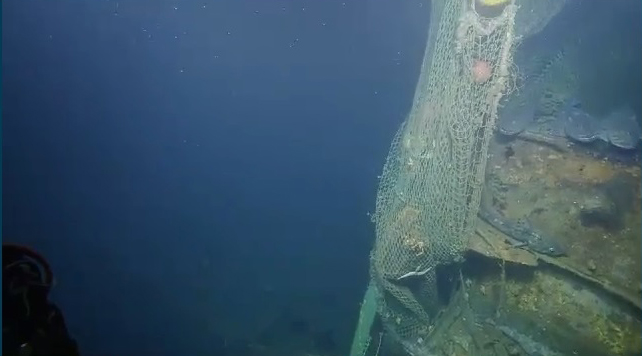 A fishing net, with some fish resting and others tangled, on the edge of the wreck of the Coast Trader. Image taken during the livestream exploration. (NOAA) 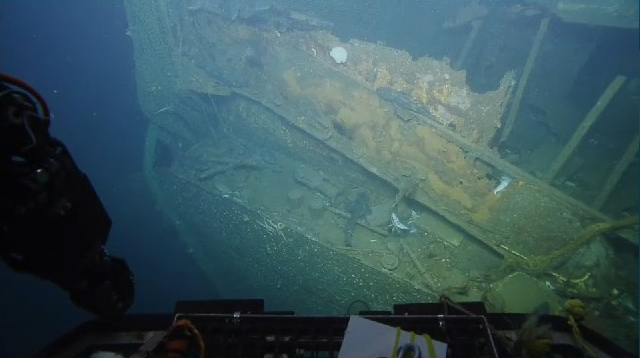 A zoomed out view of the decaying remains of the Coast Trader. Image taken during the livestream exploration. (NOAA) 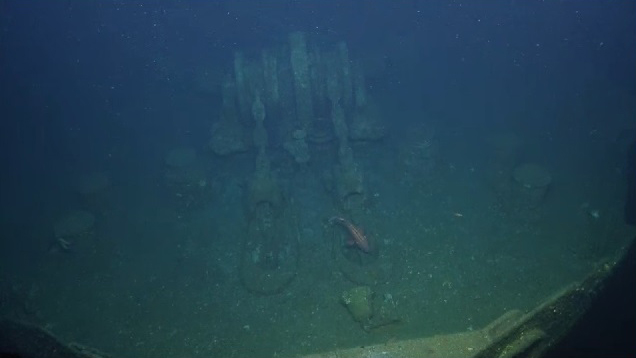 A view of the deck of the Coast Trader shipwreck, with chains at center and a bell just below the fish. Image taken during the livestream exploration. (NOAA) 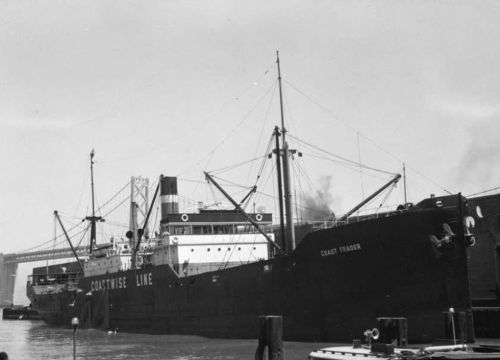 The Coast Trader, first launched in 1920, was sunk by a Japanese torpedo in 1942. (San Francisco Maritime National Historical Park)
Back to top