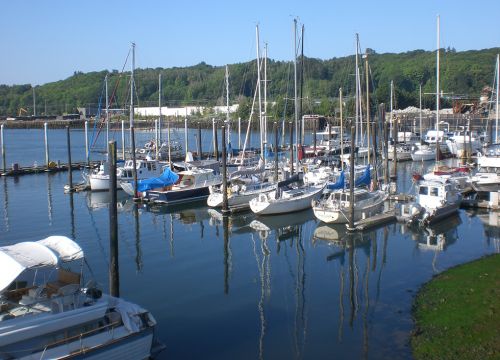 Small recreational and commercial vessels account for 75 percent of the oil spilled in waters around Washington's Puget Sound over the last 10 years. (NOAA)

This is a guest post by Lauren Drakopulos of Washington Sea Grant.

JULY 5, 2016 -- To paraphrase an old saying, "There's no use crying over spilled oil." But many people in Washington worry a lot about oil pollution in Puget Sound and other coastal waters around the state.

What many don't realize is that the biggest source of oil spills to date in Puget Sound isn't tankers and freighters but small recreational and commercial vessels.

Small oil spills from these types of vessels account for 75 percent of the oil spilled in local waters over the last 10 years.

How do these small oil spills happen? A common cause is when oil, along with water, builds up in the bottommost compartment of a boat, known as the bilge, which has a pump to keep rain and seawater from building up. Oil from broken oil lines in the engine area or spilled fuel on deck can get washed down into the bilge and then pumped into surrounding waters. 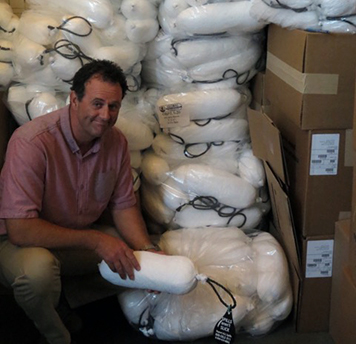 In the future, however, Washington boaters increasingly will have access to a simple remedy known as the Small Oil Spills Prevention Kit, which consists of a small absorbent pillow, or "bilge sock," that is placed alongside bilge pumps to prevent oily discharges from entering the water. Washington boaters will be seeing and using a lot more of the kits.

The Clean Marina Program, a partnership of the Puget Soundkeeper Alliance, the Northwest Marine Trade Association, and Washington Sea Grant, has worked for 20 years to minimize small vessel spills. But the summer of 2016 marks a change: for the first time the campaigners are targeting private boaters rather than marina managers.

This year that labor is bearing fruit: according to Coast Guard Auxiliary Instructor Mike Brough, more and more boaters are requesting kits after seeing their friends and other boaters use them. As Barnett explains, the success of the program depends on first, getting the kits out to boaters, and second, word of mouth—with boaters educating each other about oil spills.

Boaters understand the importance of keeping their waterways clean. As frequent users, they serve as the first line of defense against pollution. "Boaters want to do the right thing," says Brough, "and these [kits] make it easier." He recently handed out spill prevention kits at a local marina on National Marina Day. "It's like handing out candy on Halloween. Anyone with a bilge and inboard engine will take one."

Brough also got a chance to see the kits in action. "At the marina office, one boater was getting a bilge sock to replace his old one from some extras I had given the yacht club a few months earlier," he recounts. "The guy had gotten a crack in the lubrication oil line during a trip on the sound. The broken line dumped a significant amount of oil into the bilge. The bilge sock he was using caught all of the oil, and none went overboard."

Small spills can be expensive for boaters to clean up, and often cost is the first question boaters ask. In Washington the kits are funded through state oil taxes and made available to boaters at no cost, as part of the Small Spills Prevention Program. This summer, Washington Sea Grant hopes to hand out another 1,000 kits to boaters.

Lauren Drakopulos is a Science Communications Fellow with Washington Sea Grant and is pursuing her Ph.D. in geography at the University of Washington. Lauren has worked for the Florida Fish and Wildlife Conservation Commission and her current research looks at community engagement in fisheries science. Washington Sea Grant, based at the University of Washington, provides statewide marine research, outreach, and education services. The National Sea Grant College Program is part of the National Oceanic and Atmospheric Administration (NOAA) U.S. Department of Commerce. Visit www.wsg.washington.edu for more information or join the conversation with @WASeaGrant on Facebook, Twitter, and Instagram.

The views expressed in this post reflect those of the author and do not necessarily reflect the official views of NOAA or the U.S. federal government.