JANUARY 30, 2015 -- We get called for scientific support between 100 and 150 times a year for oil spills, chemical releases, and other marine pollution events around the nation. That averages to two or three calls per week from the U.S. Coast Guard or U.S. Environmental Protection Agency, but those calls aren't nicely scheduled out during the week, or spread out regionally among staff in different parts of the country. The date of an oil spill is just the starting point. Many of these pollution incidents are resolved in a day or two, but some can lead to years of work for our part of NOAA. Some oil spills make the national and regional news while others might only be a local story for the small coastal town where the spill took place. To give you an idea, some of the incidents we worked on just last week took us from Hawaii one day to eastern Montana the next day—and we were already working on two others elsewhere. These incidents included a pipeline break and oil spill in the Yellowstone River in Montana; a mystery spill of an unknown, non-oil substance that resulted in birds stranded in San Francisco Bay, California; a tug boat sinking and releasing diesel fuel off of Oahu, Hawaii; and a fishing vessel grounded near Sitka, Alaska. The Yellowstone River spill involved a pipeline releasing oil as it ran under a frozen river. The source of the leaking oil has been secured, which means no more oil is leaking, but response operations are continuing. It is an interesting spill for several reasons. One is because the oil type, Bakken crude, is an oil that has been in the news a lot recently. More Bakken crude oil is being transported by train these days because the location of the oil fields is far from ports or existing pipelines. Several rail car accidents involving this oil have ended in explosions. Another reason the Yellowstone River spill is of particular interest is because the response has to deal with ice and snow conditions along with the usual challenges of dealing with an oil spill. Watch footage of an aerial survey over the Yellowstone River and spilled oil:

The mystery spill in the San Francisco Bay Area is still a mystery at this point (both what it is and where it came from), but hundreds of birds are being cleaned in the meantime. The response is coordinating sampling and chemical analysis to figure out the source of the “mystery goo” coating these seabirds. 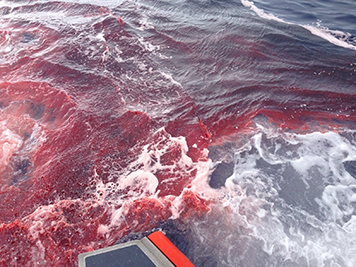 Meanwhile, the tugboat accident in Hawaii involved about 75,000 gallons of fuel oil leaking from a tugboat that sank in over 2,000 feet of water. All 11 crewmembers of the tugboat were safely rescued. We were helping forecast what was happening to the spilled oil and where it might be drifting. In addition, there was a lot of concern about endangered Hawaiian monk seals and sea turtles in the area, but no oiled wildlife have been reported. And that brings us to the fishing vessel grounded in Alaska. At this time the vessel is still intact and hasn’t spilled any of the 700 gallons of fuel believed to be onboard. Salvors are working to refloat the vessel. Fortunately, the crew had time to cap some of the fuel tank vents before abandoning ship, which may be helping prevent oil from being released. All four crew were safely rescued. That makes four very different spills in four very different areas … and we have to be ready to respond with oil spill models and environmental expertise for all of them at the same time. But that’s just all in a day’s work at NOAA. 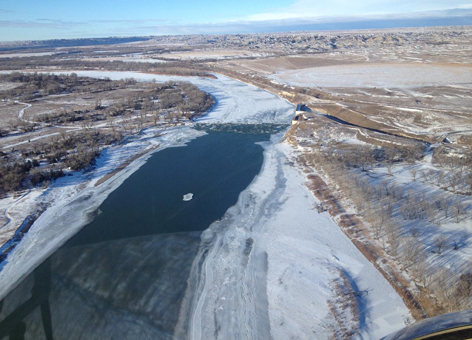 Overview of the Yellowstone River at the site of the pipeline spill on Jan. 19, 2015. (U.S. Environmental Protection Agency) 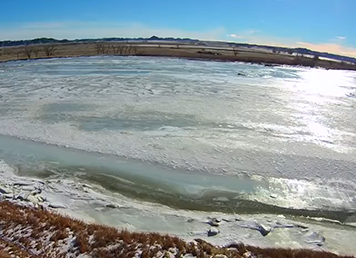 View from an aerial survey of the spill site on the Yellowstone River, taken about six miles upstream from Glendive, Montana. (Montana Department of Environmental Quality)
Back to top