Why Are Tropical Storms and Hurricanes Named? 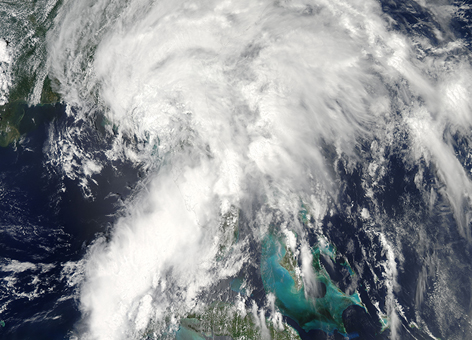 Up until the early 1950s, tropical storms and hurricanes were tracked by year and the order in which each one occurred during that year.

In time, it was recognized that people remembered shorter names more easily. In 1953, a new approach was taken and storms were named in alphabetical order by female name. The process of naming storms helps differentiate between multiple storms that may be active at the same time.

By 1978, both male and female names were being used to identify Northern Pacific storms. This was adopted in 1979 for the Atlantic storms and is what we use today.

The World Meteorological Organization came up with the lists of names, male and female, which are used on a six-year rotation. In the event a hurricane causes a large amount of damage or numerous deaths, that name will be retired. Since the 1950s, when it became normal to name storms, there have been 77 names retired, including: Fran (1996), Katrina (2005), Rita (2005), and Sandy (2012).

To find out this year's storm names and for a complete list of retired names, visit the National Weather Service's website. And if you haven't started your own severe-weather preparations, don't delay; the 2013 Atlantic hurricane season (predicted to be more active than usual) has already begun.

The Gulf of Mexico region, in particular, experiences frequent natural and human-caused disasters such as hurricanes, tornadoes, and oil spills.

NOAA's Gulf of Mexico Disaster Response Center aims to reduce the resulting impacts by helping to prepare federal, state, and local decision makers for a variety of threats, creating more adaptive and resilient coastal communities. Learn more about this valuable resource and center of NOAA expertise on the Gulf Coast.