Working to Help Save Sea Turtles

June 16, 2017 - Sea turtles have inhabited the Earth’s ocean for more than 100 million years. Unfortunately, today sea turtles struggle to survive. Of the seven existing sea turtles species, six are found in United States waters, and all of those species are listed as endangered or threatened under the Endangered Species Act. 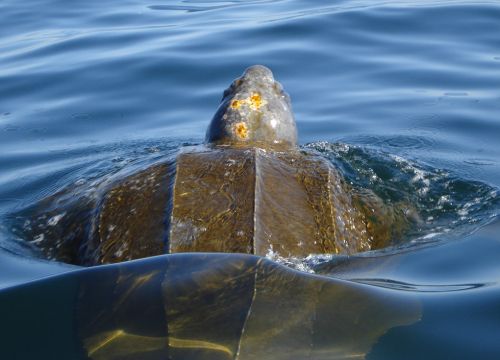 The leatherback is the largest turtle--and one of the largest living reptiles--in the world. Leatherbacks are commonly known as pelagic (open ocean) animals, but they also forage in coastal waters, including the Gulf. Image credit: NOAA.

One of the most devastating incidents to the survival of sea turtles was the 2010 Deepwater Horizon oil spill. Both during the spill and in the aftermath, we worked with the Office of Protected Resources, U.S. Fish and Wildlife Service, and other partners, to understand the extent of harm to sea turtles from the spill in the Gulf of Mexico. For instance, it’s estimated that between 56,000 to 166,000 sea turtles were killed because of the spill. A special issue of Endangered Species Research features 20 scientific articles summarizing the impacts of the oil spill on sea turtles and marine mammals.

The scientific studies, conducted by NOAA and partners, document the unprecedented mortality rate and long-term environmental impacts of the oil’s exposure to sea turtles. Findings from these research studies, in addition to other studies on other parts of the ecosystem, formed the basis of the natural resources damage assessment settlement with BP for up to $8.8 billion. Additionally, our environmental response management software allows anyone to download the data from a scientific study, and then see that data on a map. Our studies not only documented the injuries to sea turtles and other Gulf of Mexico plant and animal species, but also helped the entire scientific community understand the effects of oil spills on nature and our coastal communities. 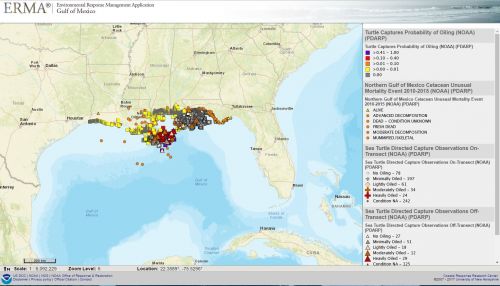