You Say Collision, I Say Allision; Let's Sort the Whole Thing Out 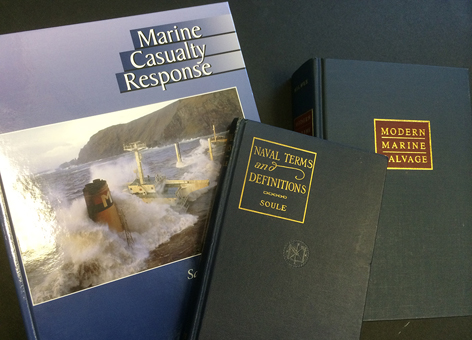 Keeping it all straight. (NOAA)

JULY 16, 2014 -- Despite improved navigation aids, including charts and Global Positioning Systems (GPS), ships still have accidents in our nation’s waterways. The Office of Response and Restoration's Doug Helton regularly reviews notification reports of these accidents from the National Response Center in his role as Incident Operations Coordinator. Sometimes he needs to consult the old nautical dictionary he inherited from his grandfather (a lawyer and U.S. Navy captain) to figure out what they mean. The U.S. Coast Guard investigates ship accidents, but they use the terms "marine casualty or accident" interchangeably [PDF]. Mariners are required to report any occurrence involving a vessel that results in: 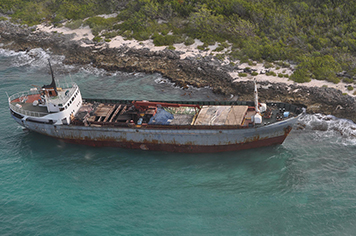 Some of those terms are pretty straightforward, but what is the difference between grounding and stranding? Or foundering and flooding? And my favorite, collision and allision?

Here is Helton's basic understanding of these terms, but he is confident that some of these could fill an admiralty law textbook.

Groundings and strandings are probably the most common types of marine casualties. A grounding is when a ship strikes the seabed, while a stranding is when the ship then remains there for some length of time. Both can damage a vessel and result in oil spills depending on the ocean bottom type (rocky, sandy, muddy?), sea conditions, and severity of the event (is the ship a little scraped or did it break open?).

Flooding means taking on excessive water in one or more of the spaces on a ship (e.g., the engine room), while foundering is basically taking on water to the point where the vessel becomes unstable and begins to sink or capsize. Note that "foundering" is different than "floundering," which is to struggle or move aimlessly.

Left, the sailing ship HMS Bounty foundered in the Atlantic Ocean during Hurricane Sandy approximately 90 miles southeast of Hatteras, North Carolina. Right, a U.S. Coast Guard boat approaches the gash in the side of the M/V Cosco Busan after it allided (rather than collided) with San Francisco’s Bay Bridge on November 7, 2007, releasing 53,000 gallons of bunker oil into San Francisco Bay. (U.S. Coast Guard)

And collision and allision ... These terms are sometimes used interchangeably, but technically, a collision is when two vessels strike each other, while an allision occurs when a vessel strikes a stationary object, such as a bridge or dock.

No matter the proper terminology, all of these incidents can result in spills, keeping us pollution responders on our toes because of the potential impacts to coasts, marine life, and habitats such as coral reefs and seagrass beds. But understanding these various nautical terms helps us understand the circumstances we're dealing with in an emergency and better adapt our science-based recommendations as a result. And as Helton's grandfather used to say, a collision at sea can ruin your entire day ...