Argo Merchant: What if it happened today?

This is fifth in a series of six stories examining the oil spill in 1976 of tanker Argo Merchant resulting in the creation of the Office of Response and Restoration.

Dec. 16, 2016 -- Whenever oil is transported there is a risk of accidents and spills, but the 40 years since the Argo Merchant oil spill have seen improvements in laws, shipping technology and spill response.

Tankers today are much safer, but they are also much larger. The Argo Merchant was carrying about 8 million gallons of oil, while modern tankers can carry 10 times that amount. A large spill is a rare event, but the impacts are still potentially catastrophic. 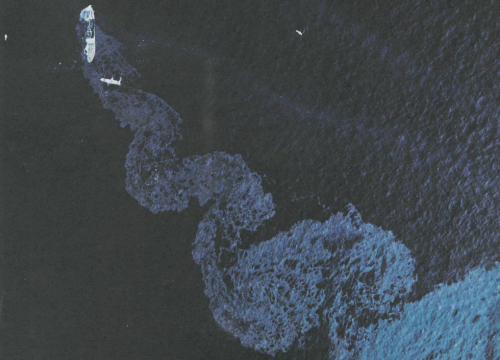 Improvements in ship construction and navigation

The Argo Merchant’s single-hull design is often cited as a factor to the spill. Tankers now have double hulls that have proven to be safer. Had the Argo Merchant been constructed with double hulls, it may have survived longer on the shoals, allowing more time to refloat or unload the ship. But even with a double hull, survival of the Argo Merchant through December storms in North Atlantic seas would be questionable.

In the same way a car’s air bag is useful only in a crash, a double hull helps only in preventing or reducing spillage once a ship runs aground. Preventing accidents is the key. Fortunately, there have been significant improvements in navigation technology since 1976. The Argo Merchant officers relied on a magnetic compass and celestial navigation during the last voyage, ending up more than 25 miles off course. Even after running aground, the captain was unsure of the ship’s location, hampering the ability of United States Coast Guard (USCG) pilots to find the ship. The owners were not legally required to install the then-new LORAN-C technology that would have given the ship’s position within 500 feet. Additionally, their radio direction finder and gyrocompasses were faulty and their charts out of date.

Today’s navigation technology could have pinpointed the ship within a few feet. Modern electronic charts have real-time updates. Today, the average cell phone has more navigation tools than were available to the officers of the Argo Merchant.

Tankers today are subject to much more stringent inspection. Even in 1976, the Coast Guard had plans to inspect the Argo Merchant in Boston. The ship had a number of known deficiencies, but of course the ship never made it to port.

The geopolitics of the world have also changed in the past 40 years. When the Argo Merchant ran aground 29 miles off Nantucket, it was considered to be in international waters. Congress had just declared the 200-mile Exclusive Economic Zone, but that wouldn’t go into effect for a few months. Under maritime policies of the time, the Coast Guard could rescue the crew, but the commandant had to declare the ship a “grave and imminent danger” before taking salvage and pollution action. And the USCG had only a few million dollars in a pollution fund. There was a strong incentive to let the ship’s owner mount the salvage and response plans.

In 1976 a tanker owner had limited liability for spills, and an owner had little incentive to spend money to keep their vessel in top condition (or install the latest navigation electronics). The investigation and litigation after the grounding showed the Argo Merchant was a decrepit and poorly managed ship.

The 1990 act clarified liability for natural resource damages. Forty years ago, there was environmental concern about impacts to the fisheries and wildlife, but no way to hold the spiller responsible for damages. Today, NOAA and other resource agencies can conduct assessments and make claims for restoration, giving ship owners incentive to ensure vessels are well maintained.

Improvements in Response and Preparedness

Organizationally, the United States is in a much stronger position today to respond to spills. The Coast Guard does not have to wait to declare a threat. The ad-hoc science response in 1976 is now codified in the National Contingency Plan. National and regional response teams are in place, along with local area plans. Federal, state, and industry stockpiles of spill response gear are pre-deployed around the country. NOAA has a collection of response tools now, including satellites and models to track spilled oil, and environmental sensitivity index maps of all the coastline.

But some things are the same. Responding to a stranded tanker in rough waters offshore will always be tough. High sea booms are better, and skimmers and pumping systems are improved. Despite the heroic efforts of the USCG and salvage operators in 1976, no oil was recovered from the ship and none of the floating oil was skimmed.

Even with today’s advanced technologies, only a fraction of spilled oil is removed. The best solution, then as now, is to keep ships in good condition, and keep the oil from spilling in the first place.

Doug Helton is the Regional Operations Supervisor for the West Coast, Alaska, Hawaii, and Great Lakes and also serves as the Incident Operations Coordinator for the National Oceanic and Atmospheric Administration’s (NOAA) Emergency Response Division. The Division provides scientific and technical support to the Coast Guard during oil and chemical spill responses. The Division is based in Seattle, WA, but manages NOAA response efforts nationally.