Capsized Vessel Remains Aground on its Side in St. Simons Sound As Responders Continue Oil Removal

OCT. 10, 2019 — A vessel that capsized early last month remains on its side in St. Simons Sound and continues to pose a pollution threat as responders work to remove the oil onboard. 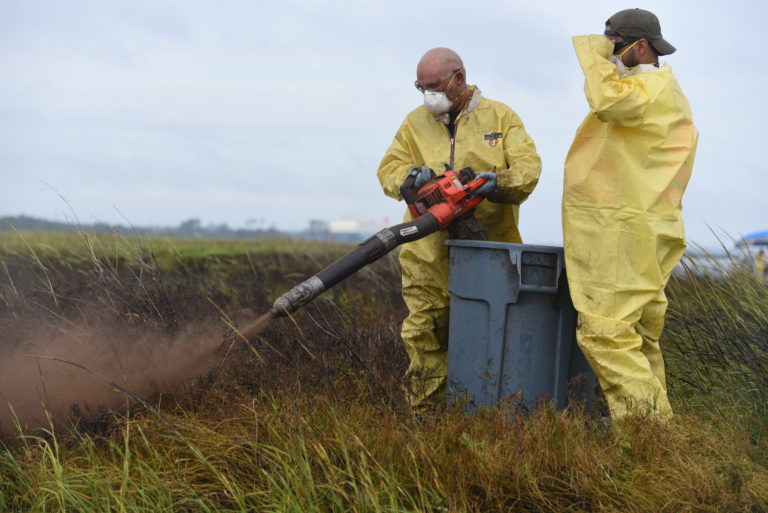 M/V Golden Ray, a 655-foot roll-on/roll off vehicle carrier, capsized in St. Simons Sound near the Port of Brunswick, Georgia on Sept. 8. Early response efforts prioritized search and rescue for four crew members, and extinguishing a fire that broke out. The crew of 24, including four who were trapped in the engine room, were all safely rescued.

The Golden Ray was carrying its own fuel and lube oil at the time it capsized. In addition to the vessel’s own fuel capacity, the cargo poses a pollution risk, as the cars aboard each contain fuel, lube oil, batteries and other fluids and chemicals.

The vessel has had several discharges of oil over the past month. Systematic shoreline surveys have found patchy oiling on nearby shorelines, including marsh habitats. Some wildlife has been affected. The Unified Command is partnering with local stakeholder groups to track and evaluate reported sightings of oil, including working with permitted wildlife specialists to locate, examine and rehabilitate potentially oiled wildlife.

The Georgia Department of Health has issued a swimming and fishing advisory, and members of the public are encouraged to visit the Georgia Department of Public Health website or call 844-863-0325 for further public health information and advisories. Specialists continue to actively monitor air and water quality around the vessel, Jekyll Island, and St. Simons Island.

As of Oct. 10, lightering operations have now removed more than 220,000 gallons of fuel from the vessel, according to the latest Unified Command press release. More than 400 personnel and 70 vessels are currently responding to the incident. During the lightering of the vessel’s fuel tanks, several small spills have occurred. The lightering remains a complicated and lengthy project, as the vessel remains on its side where it is subject to strong tidal currents and inclement weather, including lightning storms.

Responders used booming, open-water skimming, and shoreline cleanup for the small spills — keeping cleanup equipment on standby in case of further incidents. Free floating oil contained in the engine room and cargo spaces is also being skimmed when possible.

The office is also coordinating with the National Marine Fisheries Service Office of Protected Resources and the Georgia Department of Natural Resources on marine mammal and turtle surveys.

NOAA’s involvement in the incident has increased as spill response, weather, and tidal current needs arise. Other NOAA offices involved include: the National Weather Service, NOAA’s Center for Operational Oceanographic Products and Services (CO-OPS), and the National Environmental Satellite, Data, and Information Service. 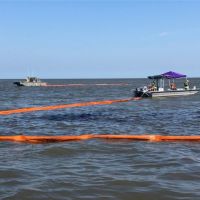 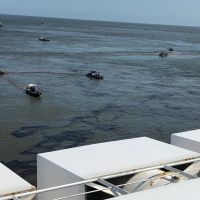 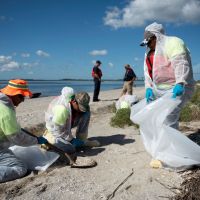 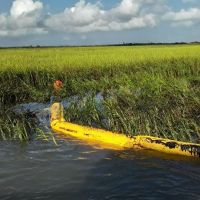 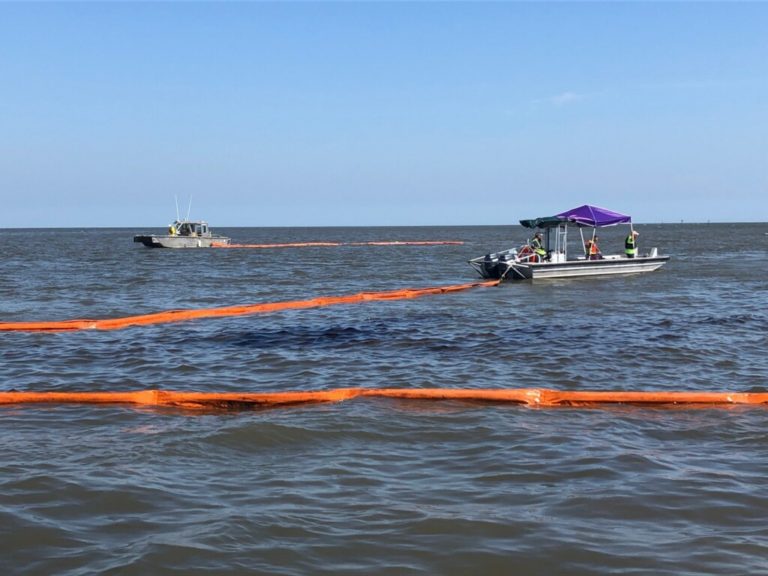 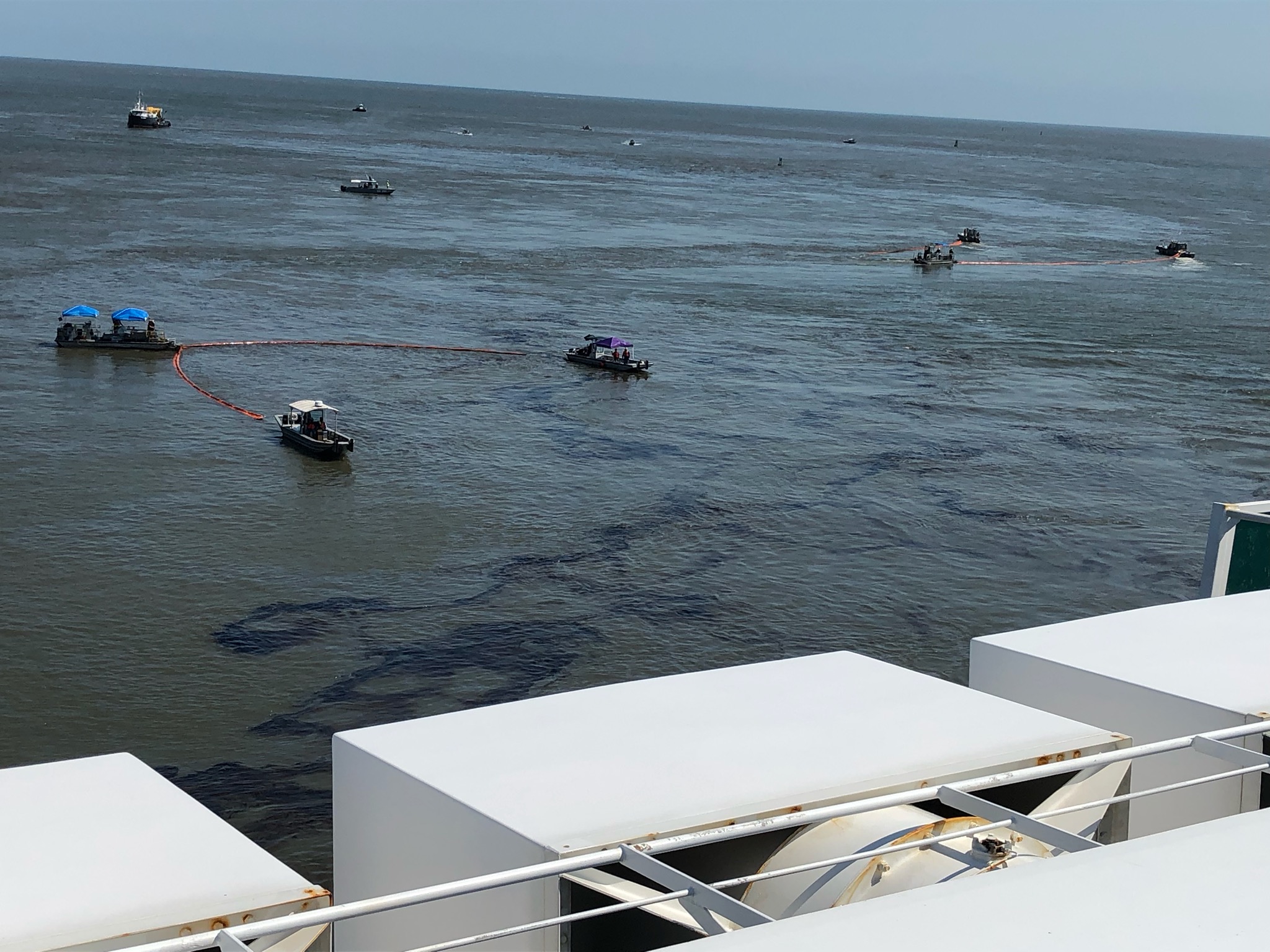 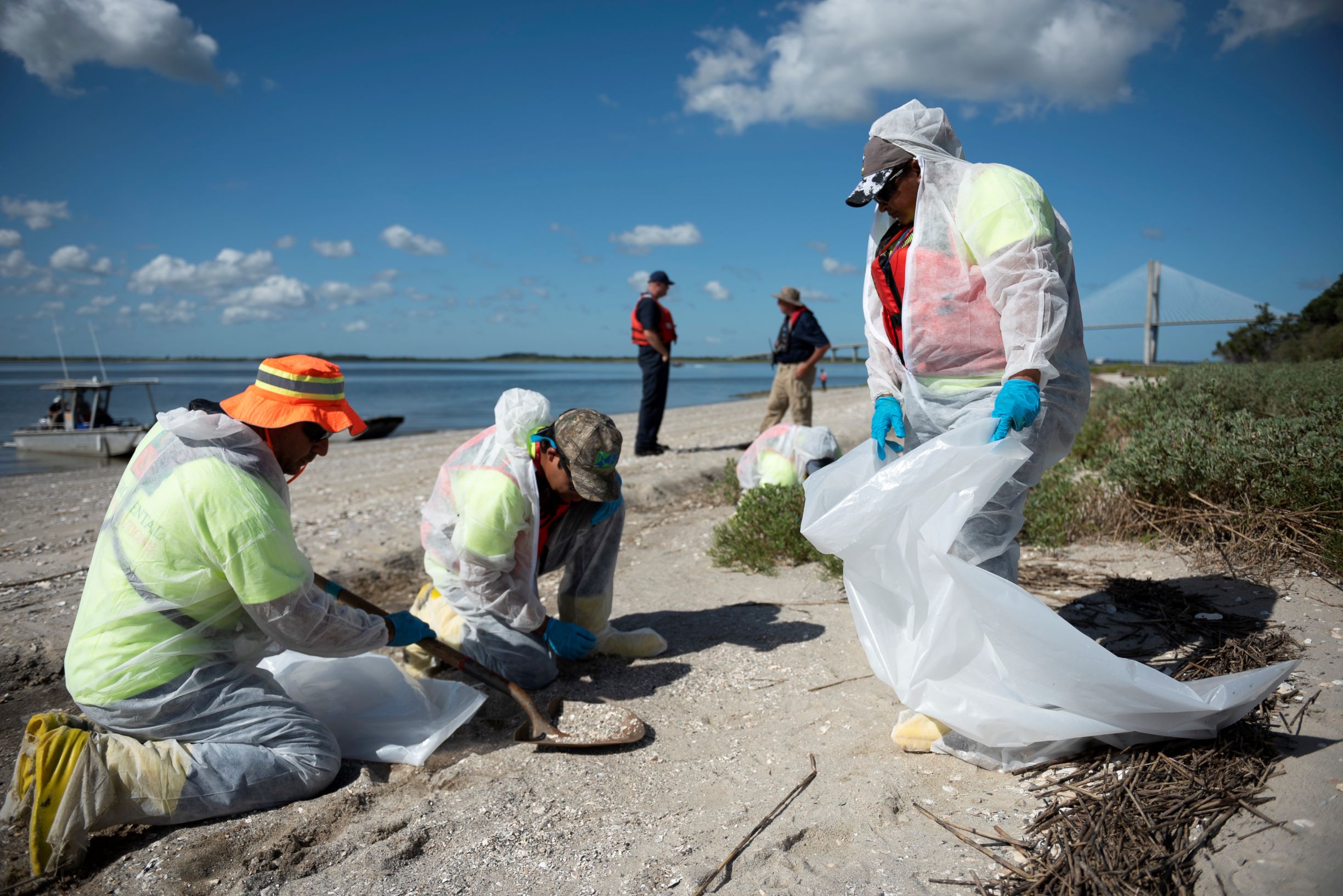 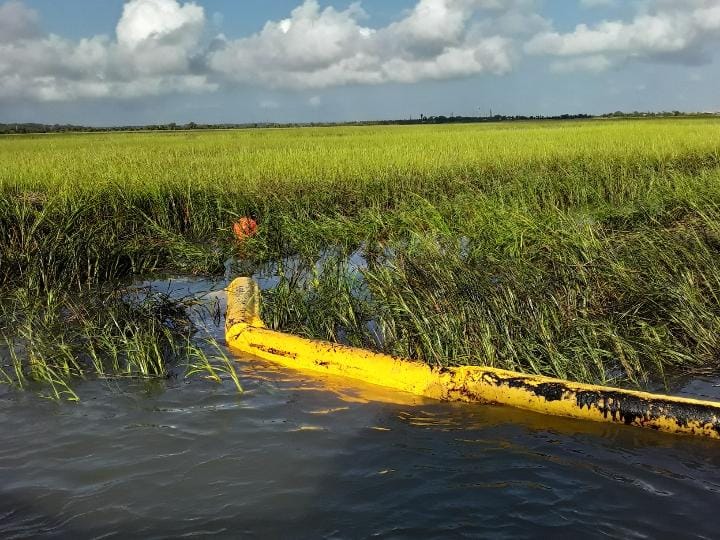