SEPT. 19, 2022 — OR&R has released a brief survey to evaluate the amount of human-use data for inclusion in Environmental Sensitivity Index (ESI) maps. 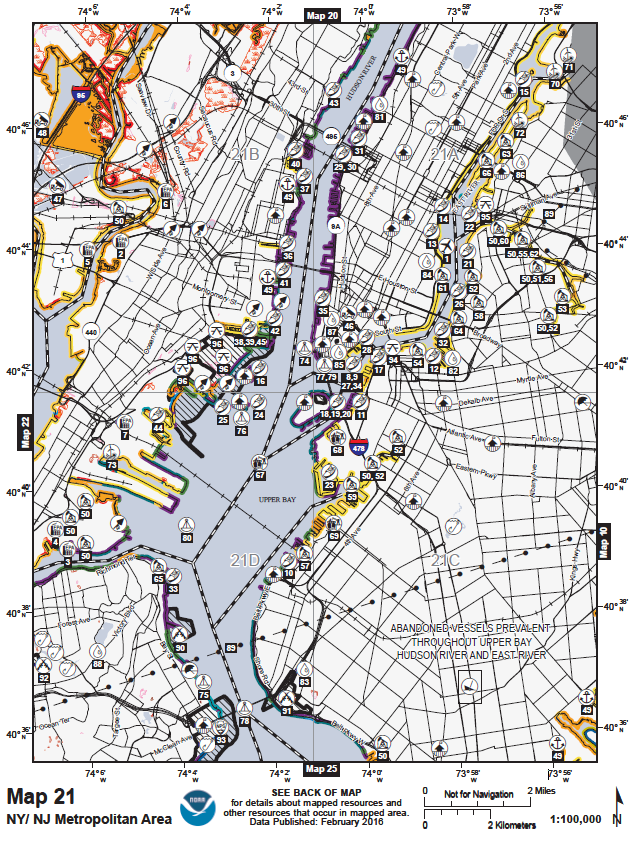 ESI maps and datasets provide a concise summary of coastal resources that are at risk in a given geographic area. These resources include biological resources such as birds and shellfish beds, sensitive shorelines such as marshes and tidal flats, and human-use resources such as public beaches and parks. Originally developed as an oil and chemical spill response tool, ESI maps and data are now widely used across the coastal planning community and are a key tool in supporting coastal resiliency.

The amount of human-use data collected and displayed has grown over the years, and there is general agreement among ESI users and developers that the current scope of the data has become unwieldy. Reducing the amount of human-use information in the datasets would also serve as a cost-saving measure, making future ESI updates faster and more affordable.

As a first step in making changes to the type and amount of human-use data collected and displayed, OR&R assembled a survey to understand where there is broad agreement on items to remove, as well as what features need to be kept.

For readers interested in the future of ESI data, you can take the survey here. The survey will close at the end of September.