JANUARY 21, 2014 -- It’s hard to believe we’re already into the fourth week of the new year! 2013 seemed to fly by, and the ESI world felt busier than ever—2014 is off to a similar start. This is the excuse I offer, along with my apologies, for the substantial gap between blog posts! I’ll try to make up for that now by summarizing some of the highlights of 2013, as well as providing some news about our goals for the next 12 months. 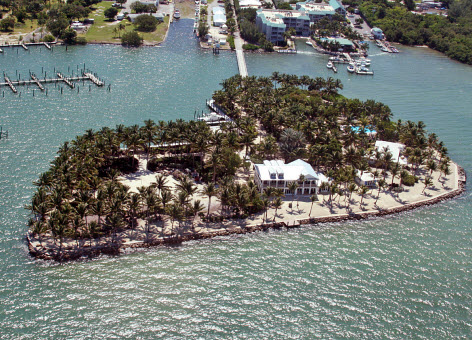 At the start of last year, ESI mapping was in progress in South Florida, the Upper Coast of Texas, and Louisiana. The South Florida GIS data were completed and posted to the NOAA Downloads page in early November. This is one of the regions for which a hard copy atlas was not generated. Because we know there are still many users who prefer a physical “map,” we plan to generate a product for that area, similar to the PDFs produced for the Florida Panhandle. Be watching for those sometime this spring!

The Upper Coast of Texas update was also completed late last year. Work on this atlas was done jointly with NOAA and Texas General Land Office (TGLO). Texas funded and conducted the ESI shoreline work with the Harte Research Institute (HRI). The completed shoreline was provided to Research Planning, Inc. (RPI), who integrated the biology and human-use data they collected. This portion was funded by NOAA. A similar funding approach was used for the last Florida atlases, as well. Both the Texas and Florida updates were much-needed, as the last round of ESI data for those regions was collected and published in the early to mid-1990’s.

The Louisiana ESI data will be undergoing a final review this month, and will hopefully be ready for posting sometime in February. Both the Texas and Louisiana projects included hard copy maps, so the traditional PDFs are (or in the case of Louisiana, will be) available for download.

Mapping of Delaware Bay began in early 2013. This work is nearly complete, so look for the data on the Downloads page early this spring!

Following Post Tropical Cyclone Sandy, Congress provided funding to several agencies for a variety of mapping efforts to ensure that accurate and current data are available to federal, state, and local authorities for preparedness and response activities in Sandy-affected areas. OR&R received funding for ESI mapping in areas ranging from Maine to South Carolina. ESI mapping for this region will include some additional features to increase the utility of the ESI data for other hazards, particularly coastal storms. We don’t want to lose focus on the traditional role of the ESIs for oil spill planning and response, but some data that might be particularly useful in storm-related emergencies could also benefit the original audience. Most of the enhancements will become part of the management or human-use data layers, and will include things such as storm surge inundation areas, evacuation routes, and additional jurisdictional boundaries.

We have been exploring how to better use some of the internal skills and knowledge of other NOAA offices, as well as working to increase capacity by linking to NOAA contracts that are currently in place for similar mapping efforts. Avoiding duplication is especially important with regard to the Sandy-related work, where multiple government agencies are working in the same area doing complementary projects. There is a government-wide committee tracking all the Sandy efforts and helping to bridge communications between offices that are working on similar projects.

The first Sandy-related ESI mapping has begun in Long Island Sound. For this effort we have partnered with NOAA’s National Centers for Coastal Ocean Services (NCCOS) office for compilation of the biology and human-use data. The National Geodetic Survey (NGS) office is updating shoreline for the northern portion of the sound; their contractor, Woolpert, will be conducting the ESI shoreline classification. The next areas to be mapped will be Maine and South Carolina. We hope to have those contracts in place within the next 2 months.

Of course, Sandy work does not mean that other ESI mapping comes to an end! RPI is working on the other coast, mapping the outer shoreline of Washington and Oregon. ESI classification is already underway. Later this month, the biology and human-use data collection will gear up and by February and March, should be well underway. We anticipate completion of this work in late fall of this year. And, if the final budget allows, we hope to begin updating the Georgia ESI later this year.

So, you see, there may have been silence, but work did continue! 2014 looks like it will be even busier with lots of areas to be mapped, new features to include, and some new ways of doing things.

We’re looking forward to the challenges and anticipate a prosperous year ahead for ESIs. We wish you equal success!


Questions: As always, contact the ESI Specialist with questions, comments, or suggestions about ESI maps and data.