Map of the Month: Dispersant Use in or near US Waters

The Environmental Response Management Application (ERMA®) is NOAA’s online mapping tool that integrates both static and real-time data, enabling users to quickly and securely access, analyze, and display spatial data. The "Map of the Month" series highlights unique maps from throughout ERMA's use and history. 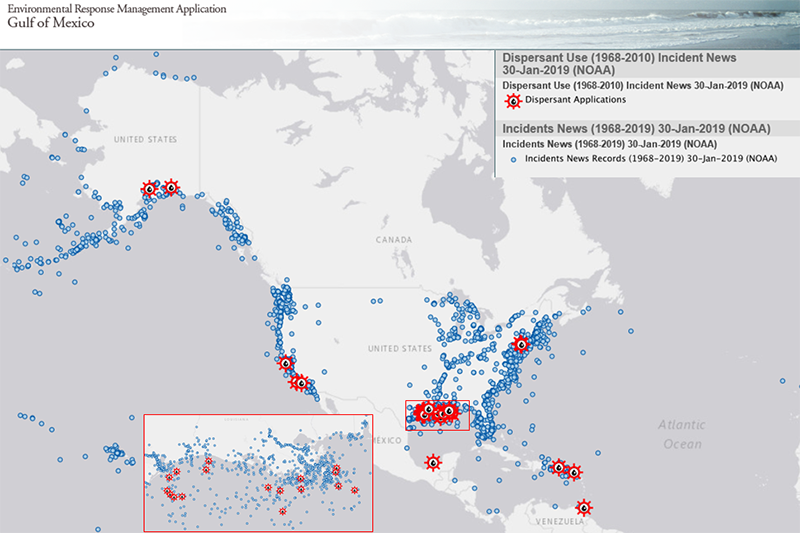 What are we looking at? This is a map depicting the historical use of dispersants in or near U.S. Waters

Why is it cool? Large volumes of dispersants were used during the Deepwater Horizon spill, but over the past 40 years and approximately 400,000‐reported spill incidents, we are aware of only 27 incidents in the United States where dispersants have been utilized.

Why is it useful to NOAA and our partners?  Dispersants are a rarely used response tool in the U.S. Though they haven't been used since the 2010 disaster, the controversy over their use may lead the public and policymakers to conclude that they are commonly used.

The Environmental Response Management Application (ERMA) is used by NOAA, the U.S. Coast Guard, and other partners to provide up-to-date and visual information to guide emergency response decisions during hurricanes.